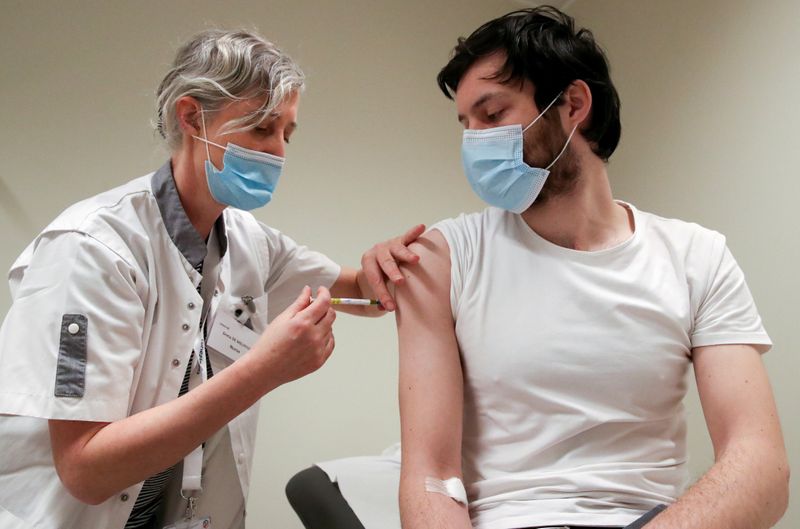 FILE PHOTO: A volunteer receives a dose of CureVac vaccine or a placebo during a study by the German biotech firm CureVac as part of a testing for a new vaccine against the coronavirus disease (COVID-19), in Brussels, Belgium March 2, 2021. REUTERS/Yves H

BERLIN (Reuters) - Global supply chains for making COVID-19 vaccines have been disrupted by U.S. restrictions, creating headaches for companies seeking to build production in Europe, according to one of the founders of Germany's Curevac.

Florian von der Muelbe said in a newspaper interview that he was hopeful Curevac's vaccine candidate would win emergency European approval this quarter and confirmed a forecast that it would produce 300 million doses this year.

He added, however, that vaccine makers seeking to build production in Europe were at a serious disadvantage because suppliers in the United States were required under the Defense Production Act to meet the needs of the home market first.

"Be it chemicals, equipment, filters or hoses: U.S. manufacturers are obliged first to meet American demand, and that means we are slipping down the list."

Curevac is already producing its vaccine candidate, which is based on messenger RNA (mRNA) technology, at its plant in Tuebingen, Germany.