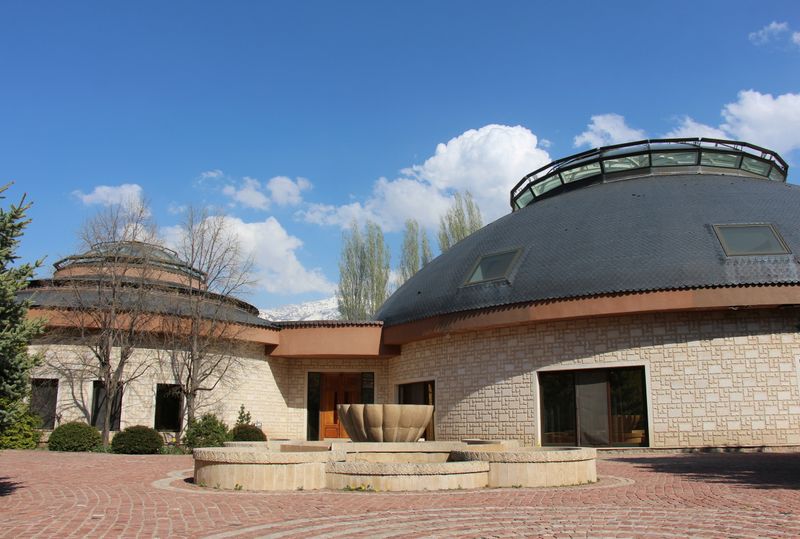 A view shows a villa that once belonged to Gulnara Karimova, a jailed daughter of late President of Uzbekistan Islam Karimov, in Sijjak, Uzbekistan April 16, 2021. The government of Uzbekistan is auctioning off the luxury villa on the condition that it is

TASHKENT (Reuters) - Uzbekistan's government offered a glimpse on Friday of the lifestyle enjoyed by its former leader's children, promoting a luxury villa in 94 acres of grounds that it aims to auction off to a hotel developer.

Featuring a winery, a disco hall, a private cinema, an amphitheatre, indoor and outdoor swimming pools, a tennis court and a Japanese winter garden, the confiscated property belonged to Gulnara Karimova, a daughter of Islam Karimov, who ruled the country for 27 years until his death in 2016.

Located at a mountain lake resort around 100 kilometres (60 miles) northeast of the capital Tashkent, it also - in a country where the average monthly wage is $250 - features dozens of blue fir trees that officials said cost $5,000 each.

They did not say how much they expect to raise from the sale, but the villa's new owner would have to convert it into a hotel or a similar tourist attraction. Bids are due by April 30.

Once a successful businesswoman, Karimova, 48, fell out with her father about two years before his death. She was jailed in March 2019 for violating the terms of her house arrest after receiving a five-year sentence in 2015 on charges of embezzlement and extortion.

She was then handed another 13-year prison term on similar charges in a different case. She has denied any wrongdoing.