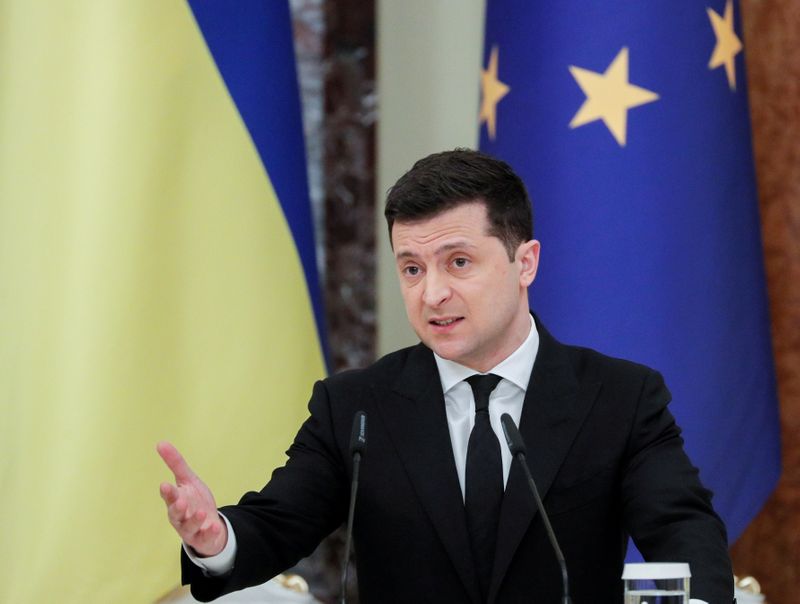 KYIV (Reuters) - Ukraine's President Volodymyr Zelenskiy has signed a law allowing reservists to be called up for military service without announcing mobilization, his office said on Wednesday.

Approved by parliament late in March, the measure makes it possible to significantly boost the armed forces, amid escalation of tension with Russia in eastern Ukraine.

"This will make it possible to quickly equip the military units of all defence forces with reservists, thereby significantly increasing their combat effectiveness during military aggression," the office said.

On Tuesday, Zelenskiy challenged his Russian counterpart, Vladimir Putin, to meet him in the Donbass region for talks to end the conflict there and ease tension between the neighbours.

Kyiv and Moscow have traded blame over increasing clashes in the Donbass, where Ukrainian troops have battled Russian-backed forces in a conflict that Ukraine says has killed 14,000 people since 2014.

Ukraine, its Western allies and NATO have accused Russia of a "provocative" build-up of troops on Ukraine's eastern border and in Crimea. In turn, Russia has accused the United States and NATO of "provocative activity" in the Black Sea region.