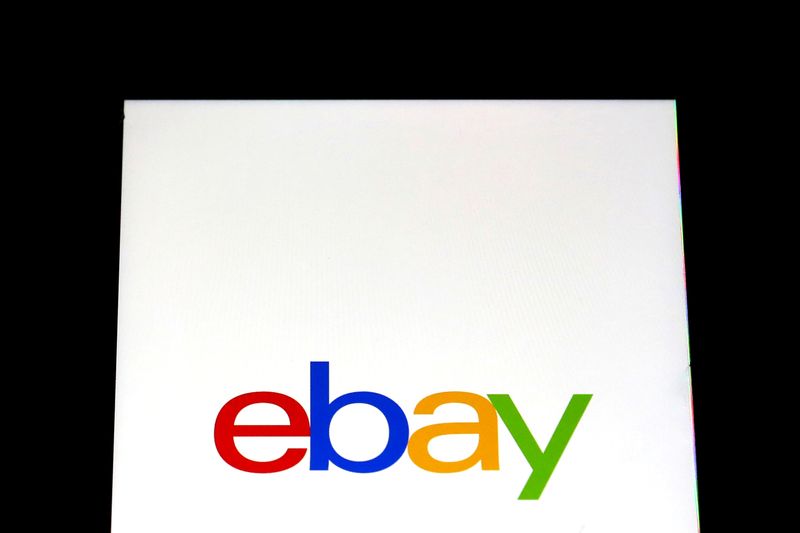 FILE PHOTO: The eBay logo is pictured on a screen in this photo illustration in New York, U.S., July 23, 2019. REUTERS/Brendan McDermid/Illustration/File Photo

The $9.2 billion deal announced in July would create the world's largest classifieds group, but Adevinta and eBay must first resolve the Competition and Markets Authority's concerns (CMA) to proceed with the takeover.

"The CMA is concerned the merger could lead to a loss of competition between Shpock, Gumtree and eBay's marketplace, with only Facebook Marketplace remaining as a significant competitor," the CMA said in a statement.

"This could reduce consumer choice, increase fees or lower innovation in the supply of platforms that allow people to buy and sell goods online."

With the sale of its classifieds business, eBay will acquire a 33.3% voting stake in Adevinta and positions on the Adevinta board, the CMA also noted.

In the latest CMA merger investigation involving large digital companies, the watchdog said it is "thoroughly examining deals to ensure that competition is not restricted and consumers' interests are protected".

The CMA this month said Viagogo must sell StubHub's international business after its $4.05 billion purchase of eBay's ticket-reselling business.

Adevinta and eBay will together propose legally binding solutions to resolve the regulator's concerns before the deadline of Feb. 23, Adevinta said.

The CMA would then have five working days to consider whether to accept the companies' proposals or to refer the deal for an in-depth investigation.

Adevinta shares were down 4.3% at 1121 GMT, lagging a flat Oslo benchmark index.

The company said it would provide a further update in early March after the CMA's decision.