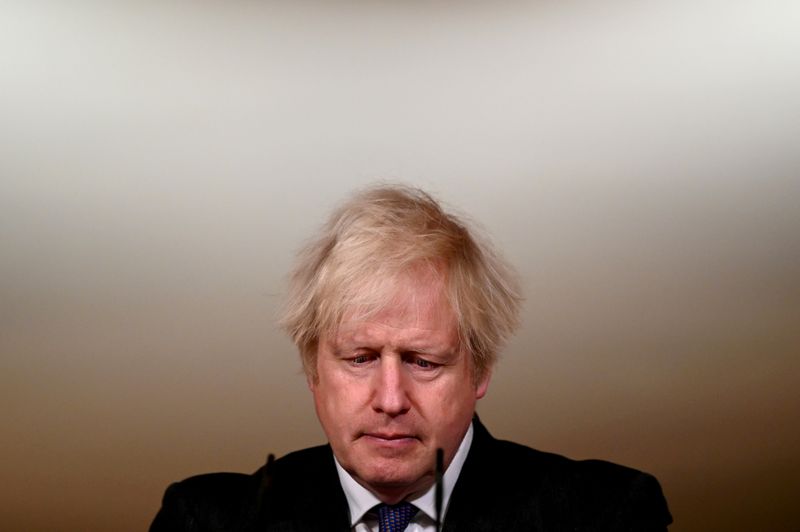 LONDON (Reuters) - Britain will team up with Egypt, Bangladesh, Malawi, Saint Lucia and the Netherlands to help communities around the world that are threatened by climate change to adapt and build resilience, Prime Minister Boris Johnson will say on Monday.

Early warning systems for storms and investments in flood drainage and in drought-resistant crops could form part of the measures promoted by the new Adaptation Action Coalition, Johnson's Downing Street office says.

"It is undeniable that climate change is already upon us and is already devastating lives and economies. We must adapt to our changing climate, and we must do so now," Johnson will say at a Climate Adaptation Summit hosted by the Netherlands.

Britain holds the rotating presidency of the G7 group of industrialised countries this year and Johnson said he would make the need for a resilient economy a priority within that framework.

In addition, Britain will host COP26, a global United Nations Summit on climate change, in the Scottish city of Glasgow in November. The summit was delayed by a year because of the COVID-19 pandemic.

Johnson's office said the new coalition on adaptation would tap scientists, businesses and civil society groups to share knowledge and best practice on local, regional and global solutions to dealing with climate change.