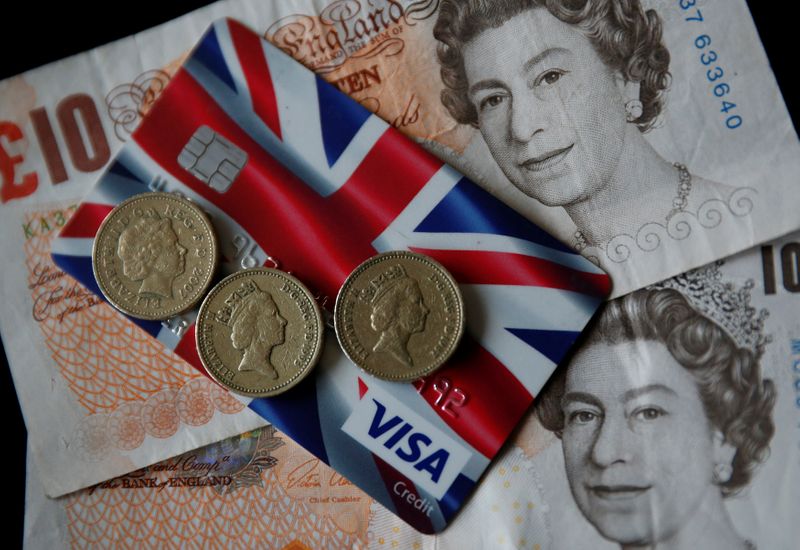 LONDON (Reuters) - British households' spending on credit and debit cards rose strongly to 88% of its pre-pandemic average in the week to April 1, its highest since the week before Christmas, the Office for National Statistics said on Thursday.

The figures are not seasonally adjusted, and the ONS said some of the increase was driven by end-of-month spending on households bills and food shopping.

But they add to signs that the economy is beginning to pick up as coronavirus restrictions being to ease following the roll-out of vaccines to more than half of Britain's adult population.

Payment processor Barclaycard said on Wednesday that spending at golf courses jumped five-fold last week after they reopened to the public, and also reported more contactless payments which it linked to people buying picnic supplies.

Construction activity last month recorded its biggest jump since 2014, as businesses restarted mothballed projects in anticipation of shops, pubs and restaurants reopening next week, and recruiters reported the biggest increase in hiring of permanent staff in six years.

This week the International Monetary Fund revived up its growth forecast for Britain this year to 5.3%, but it does not see Britain's economy recovering its pre-crisis size until next year, much slower than the U.S. and Japanese economies.

The Bank of England expects rapid initial growth but has warned that there could be a long overhang of unemployment and underemployment after government support is withdrawn.

The ONS said firms reported that 19% of businesses' staff were on furlough in mid March. This is equivalent to 6 million people and well above levels of 11% in early December, before COVID restrictions were tightened to slow the spread of a more infectious variant of the disease.

Some 75.1% of businesses replying to the ONS survey said that they were currently trading as of April 4, up 1.3 percentage points from the previous two-week period, while 22.2% of firms said they were closed temporarily.