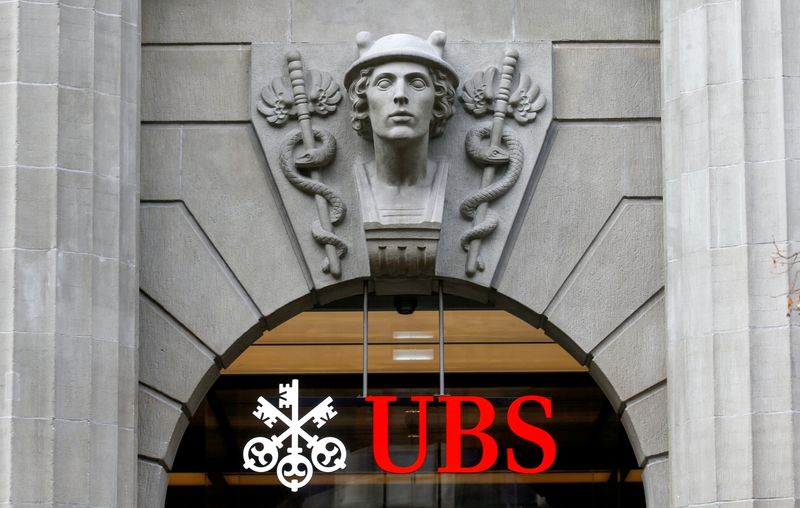 FILE PHOTO: The logo of Swiss bank UBS is seen at its headquarters, as the spread of the coronavirus disease (COVID-19) continues, in Zurich, Switzerland February 17, 2021. REUTERS/Arnd Wiegmann

The French state is also seeking 1 billion euros in damages, the court said in a statement - bringing potential penalties to at least 3 billion euros ($3.6 billion), below the 4.5 billion euros record imposed on UBS in the original trial.

A French court in 2019 found UBS guilty of soliciting clients illegally and laundering the proceeds of tax evasion, setting a 3.7 billion euro ($4.4 billion) fine and 800 million euros in civil damages.

UBS has denied any wrongdoing and is fighting for acquittal in court.

It has set aside only 450 million euros to cover charges, and has argued that any fine should be based on the amount of unpaid taxes and not the total funds parked by clients in Switzerland, citing a 2019 ruling by France's top court in a different case.

The trial is set to end on March 24 and a verdict could yet take several months.