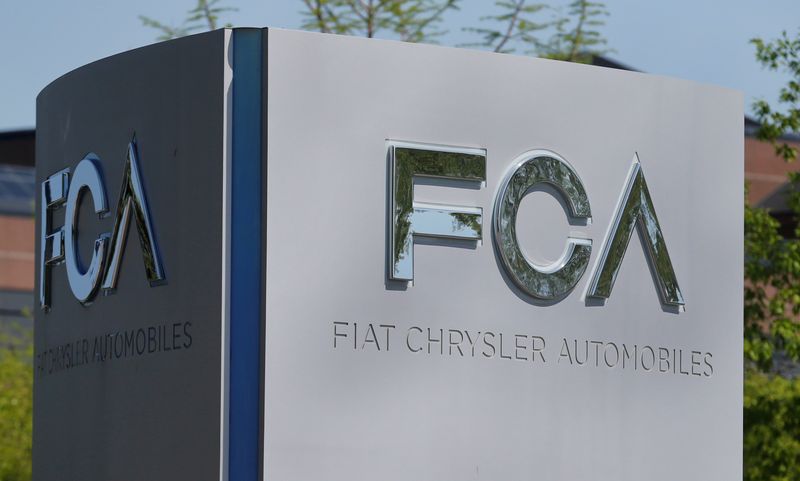 DETROIT (Reuters) - The union that represents U.S. hourly workers at Detroit automakers gave its tacit approval on Tuesday for the companies to restart production amid the coronavirus pandemic, after Fiat Chrysler said it expected to reopen its North American plants on May 18.

"We continue to advocate for as much testing (for the disease) as possible at the current time and eventually full-testing when available," UAW President Rory Gamble said in a statement. "As for the start date, the companies contractually make that decision and we all knew this day would come."

FCA said as it reported its first-quarter results that it expected to restart its North American operations on May 18.

GM and Ford have not announced restart dates, but the Detroit companies want to resume production so they can start bringing in much-needed cash.

U.S. automotive production ground to a halt in March as the number of cases of the novel coronavirus jumped. But with President Donald Trump pushing for Americans to get back to work and several U.S. states reopening their economies, the focus in the auto sector has shifted to when production can safely restart.

Michigan Governor Gretchen Whitmer previously extended the state's stay-at-home order through May 15, but lifted restrictions for some businesses other than manufacturing. Neighboring Ohio allowed manufacturing to resume on Monday, and Whitmer is facing increasing calls to follow suit.

Ford said on Tuesday it had not determined when to restart North American production.

"We are continuing to assess public health conditions, government guidelines and supplier readiness to determine when the time is right to resume production," Ford spokeswoman Kelli Felker said in an email.

Last week, Ford outlined the safety measures it will institute to restart its U.S. plants and said getting clearance from Michigan would be the last step. GM and FCA have instituted similar measures at their plants.

GM officials could not immediately be reached to comment.

Gamble, who had previously said early May was "too soon and too risky" to resume production, said his own family would be among those reporting to plants. His previous rule for automakers was asking whether they felt it was safe enough to send their own family members into plants.

Ford Chief Operating Officer Jim Farley said last week he would "absolutely" be comfortable having his family working at a Ford plant, given the steps taken to ensure employee safety.

"We must implement and follow these guidelines and self-reporting procedures we have worked out," Gamble said on Tuesday, referring to guidelines on worker health and safety.

"And the UAW will fulfill its role to continue to actively monitor and aggressively respond regarding all issues impacting the health and safety of UAW members in whatever manner may be necessary as we return to the worksite.â