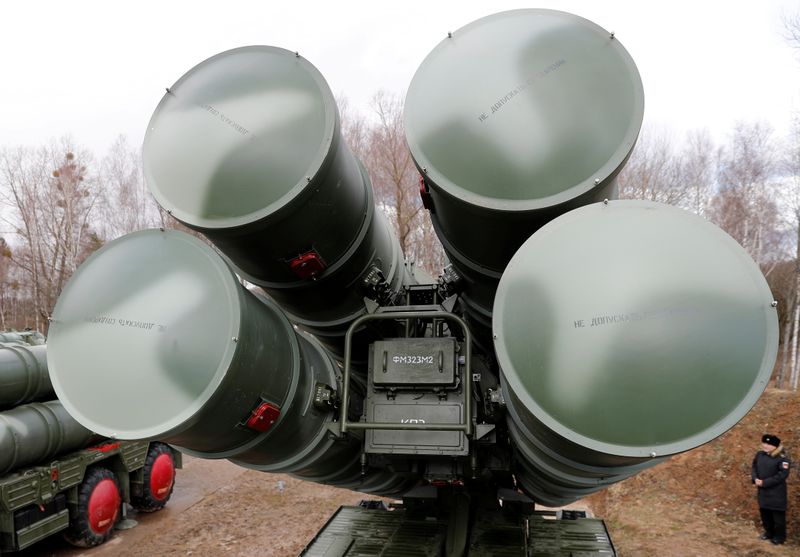 FILE PHOTO: A view shows a new S-400 "Triumph" surface-to-air missile system after its deployment at a military base outside the town of Gvardeysk near Kaliningrad, Russia March 11, 2019. Picture taken March 11, 2019. REUTERS/Vitaly Nevar/File Photo