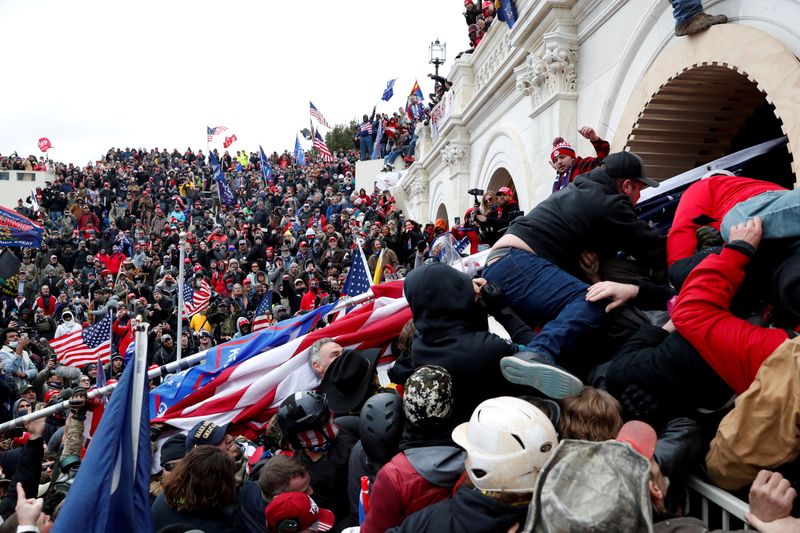 FILE PHOTO: Pro-Trump protesters storm into the U.S. Capitol during clashes with police, during a rally to contest the certification of the 2020 U.S. presidential election results by the U.S. Congress, in Washington, U.S, January 6, 2021. REUTERS/Shannon

WASHINGTON (Reuters) - U.S. Senator Amy Klobuchar says she will ask a Facebook whistleblower testifying to Congress on Tuesday whether the social media company did enough to warn law enforcement about the Jan. 6 attack on the Capitol.

The senator said she would also ask Frances Haugen, a former product manager on Facebook's civic misinformation team, about her assertion that the company's algorithms promote harmful content.