U.S. rescinds Trump White House claim that all U.N. sanctions had been reimposed on Iran 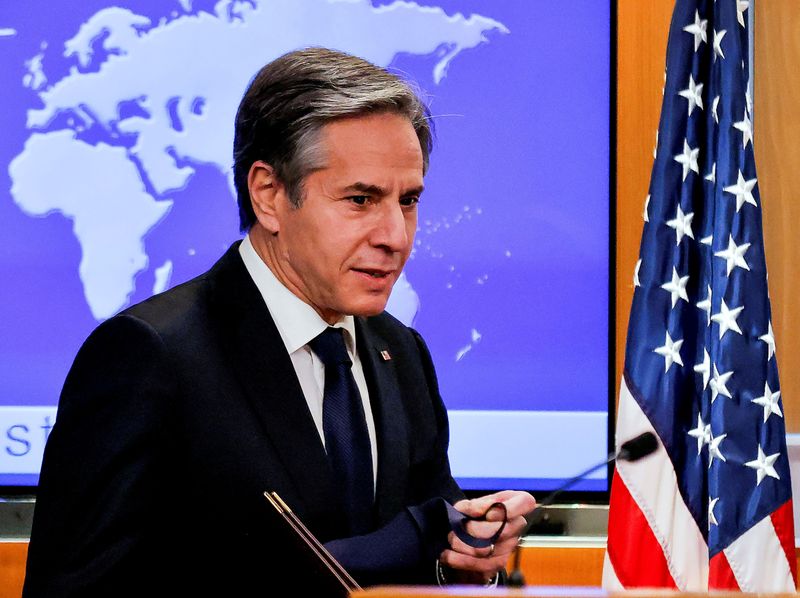 NEW YORK (Reuters) - The United States on Thursday told the United Nations Security Council it was rescinding a Trump administration assertion that all U.N. sanctions had been reimposed on Iran in September.

U.S. Secretary of State Antony Blinken told European allies on Thursday that President Joe Biden's administration was prepared to talk to Iran about both countries returning to a 2015 deal that aims to stop Tehran from developing a nuclear weapon.

The Trump administration quit the pact in 2018. Then in August last year former Secretary of State Mike Pompeo said he had triggered a 30-day process at the Security Council that led to the return of U.N. sanctions on Iran and stopped a conventional arms embargo on Tehran from expiring on Oct. 18.

Thirteen of the 15 Security Council members said Washington's move was void because Pompeo used a mechanism agreed under the 2015 nuclear deal that the Trump administration had abandoned.

The Trump administration argued it had triggered the return of sanctions - known as "snapback" - because a U.N. resolution that enshrined the 2015 nuclear pact still named the United States as a participant.