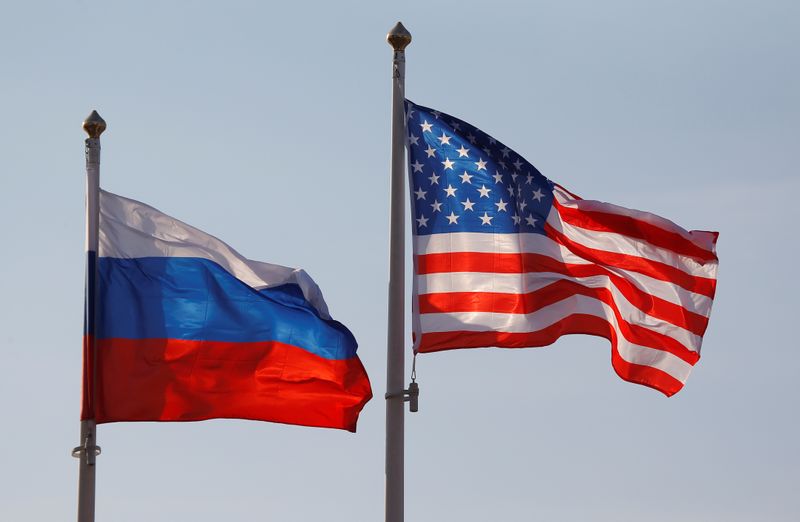 By Trevor Hunnicutt and Andrea Shalal

WASHINGTON (Reuters) - The U.S. sanctions imposed last week on Russia generated results that were "pretty close" to Washington's hopes, a senior Biden administration official said on Friday, as tensions appeared to ease between the countries over Ukraine.

"Our intention was to act in a proportionate manner, and to be targeted in our approach, and to signal that we had the capacity to impose far greater costs if Russia continued or escalated its behavior," said Daleep Singh, a top White House international economic aide, in an interview.

"The results so far have been pretty close to what we had hoped for."

Russia's defense ministry said on Friday it had begun returning military units from annexed Crimea to their permanent bases following a build-up of tens of thousands of troops near Ukraine's border that had raised concerns about the risk of war.

Biden approved provisions that would let officials easily expand the sanctions on any area of the Russian economy in response to future provocations.

But Biden stressed at the time that he had no desire to escalate tensions. He also signaled retaliation was forthcoming in a call with Russian President Vladimir Putin two days before imposing the sanctions.

The measures were one part of a broader strategy by the U.S. administration to thaw relations with Moscow, which had deteriorated since Biden took office in January.

"They're just a tool that can advance a strategy by, in this case, creating leverage for a diplomatic process," said Singh. "In the case of Russia, the goal of that process is for a more stable and predictable relationship."

Russia responded by asking 10 U.S. diplomats to leave the country and suggested the U.S. ambassador return home for consultations, but they left the door open for further dialogue and a possible Biden-Putin summit.

The White House has closely been watching the treatment of Navalny, an opposition politician who was jailed for 2-1/2 years in February for parole violations that he and his supporters said were fabricated.

On Friday, Navalny said he would start ending a hunger strike after getting medical care. His worsening health in Russian custody had raised alarm in the West.