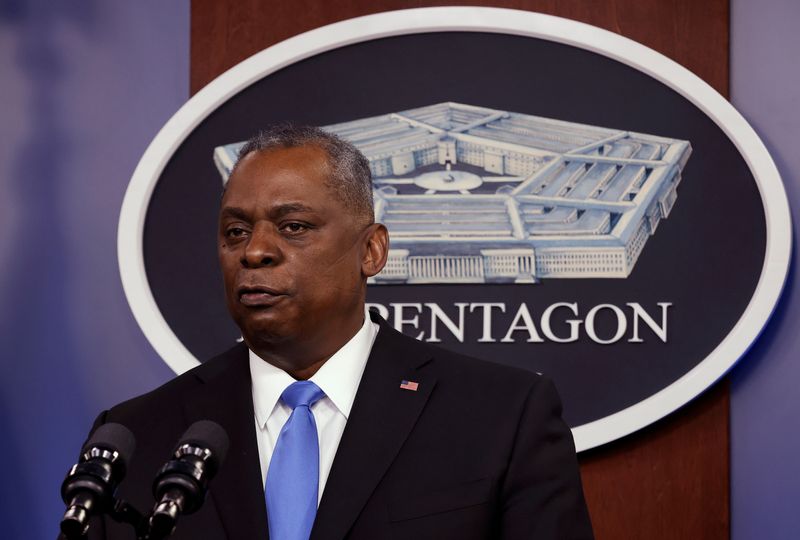 DUBAI (Reuters) - U.S. Defense Secretary Lloyd Austin spoke to Saudi Crown Prince Mohammed bin Salman, state media said on Friday, days after the White House said it would deal with the king, not his heir, and U.S. officials would engage their counterparties in the kingdom.

Austin reaffirmed the importance of the strategic defence partnership between the two countries, and said the United States was committed to helping Riyadh defend itself, condemning attacks launched into the kingdom by the Houthi group in Yemen.

Austin said in a statement he had a productive call.

"We discussed the continued commitment to the 70 year US-Saudi security partnership, and I'm looking forward to working together to achieve regional security & stability," he said.

U.S. President Joe Biden said this week he plans to recalibrate U.S. relations with Saudi Arabia and will conduct diplomacy through Saudi King Salman bin Abdulaziz rather than his powerful son the crown prince, widely referred to as MbS.

Biden is returning to "counterpart to counterpart" engagement, the White House said.

Saudi has led a military coalition fighting the Iran-aligned Houthi movement in Yemen since early 2015.

Austin thanked MbS for Saudi efforts towards a political solution in Yemen and said the two countries had a shared commitment to confronting the threat posed by the Iranian leadership in the region, the SPA report of the meeting said.

MbS is considered by many to be the kingdom's de facto leader and is next in line to the throne held by 85-year-old King Salman. MbS's prestige suffered a blow after the murder of journalist Jamal Khashoggi in 2018 at the hands of Saudi security personnel seen as close to the crown prince.