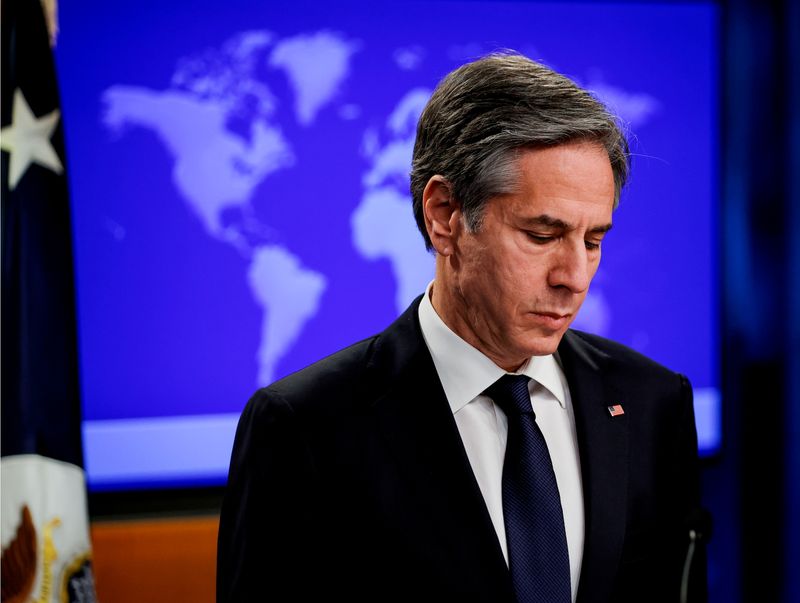 WASHINGTON (Reuters) - The United States is deeply concerned by a prison term meted out to Kremlin critic Alexei Navalny on Tuesday, and repeated its call for his immediate release, saying it would coordinate closely with allies about how to hold Russia accountable.

"We reiterate our call for the Russian government to immediately and unconditionally release Mr. Navalny, as well as the hundreds of other Russian citizens wrongfully detained in recent weeks for exercising their rights, including the rights to freedom of expression and of peaceful assembly," he added.

A Russian court sentenced Navalny to three and a half years in jail after ruling he had violated the terms of his parole, but said his prison term would be shortened for time he had served earlier under house arrest.

Navalny, one of President Vladimir Putin's most prominent critics, was arrested at the Russian border on Jan. 17 after returning from Germany where he had been recovering from being poisoned with a military-grade nerve agent.

"Even as we work with Russia to advance U.S. interests, we will coordinate closely with our allies and partners to hold Russia accountable for failing to uphold the rights of its citizens," Blinken said. The United States and Russia have agreed to extend the New START strategic nuclear arms control treaty, due to expire on Friday, by five years.