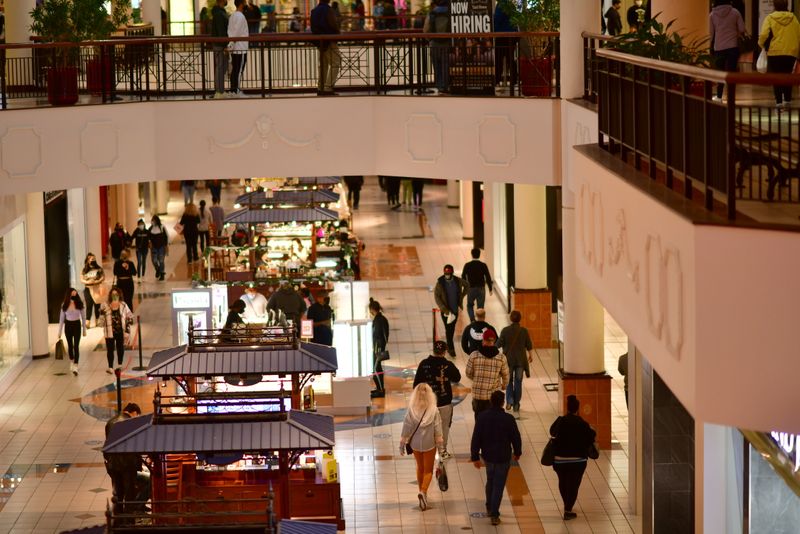 (Reuters) - U.S. consumers upped their inflation expectations again in March after steady gains in recent months, and became more optimistic about the labor market, according to a survey released Monday by the Federal Reserve Bank of New York.

The report offered the latest evidence that consumers expect inflation to rise in the near term as more Americans return to work and the U.S. economy heals from the crisis caused by the coronavirus pandemic.

Fed Chair Jerome Powell said during an interview with CBS News on Sunday that the U.S. economy is at an "inflection point" where growth and hiring could pick up speed in the coming months, thanks to help from vaccines and strong fiscal support.

Some investors and critics are worried that low interest rates and the large spending proposals from President Joe Biden's administration could lead to a spike in inflation as the economy gains traction.

But Powell and other economists say they expect any near-term inflation pressures to be short-lived and for overall inflation to remain low.

After five months of steady increases, consumers' short and medium-term inflation expectations are the highest they have been in nearly 7 years. Median expectations for how inflation will change over the next year and the next three years both increased slightly in March to 3.2% and 3.1%, respectively.

Expectations for how much more consumers expect to spend on homes, gas, and rent rose to the highest levels since the survey was launched in 2013.

Consumers surveyed by the New York Fed also raised their outlook for the labor market. The average expectation that the U.S. unemployment rate will be higher in one year dropped to 34.4% in March from 39.1% in February, reaching the lowest point since the pandemic started.

The survey of consumer expectations is based on a rotating panel of roughly 1,300 households.