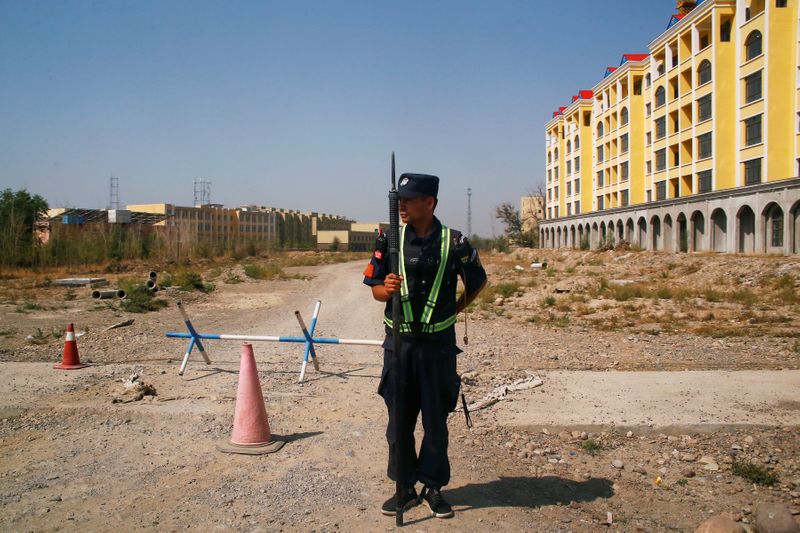 WASHINGTON (Reuters) - A bipartisan pair of U.S. congressmen is writing a bill that would expedite refugee applications from Uighurs, the first such legislative effort to support immigration of the largely Muslim ethnic group facing persecution in China.

The Florida congressmen, Democrat Ted Deutch and Republican Mario Diaz-Balart, aim to introduce the Uighur Human Rights Protection Act as soon as next week, which if passed would raise Uighurs' applications to "Priority 2" in the U.S. refugee system.

It is unclear how much Republican backing the bill will get, but its drafters say they believe they have support of moderate Republicans in Congress who are eager to confront China.

The upgrade would allow applicants to forego a United Nations referral and apply directly as refugees to the U.S. government, reducing concerns that Beijing could be notified by a third country and seek their deportation back to China.

In recent years, China has successfully sought the return of Uighurs from countries on its periphery despite criticism from human rights groups and other governments that they could be subjected to further persecution.

Deutch told Reuters in an email that the effort was "a continuation of the best traditions of U.S. foreign policy and humanitarianism."

According to a draft of the bill, it would apply to Uighurs in China, and also those "not firmly resettled in third countries," such as Turkey, where thousands of Uighurs now reside after having left China.

U.N. experts and human rights groups estimate that more than 1 million Uighurs and other Muslim minorities have been detained in harsh conditions in China's Xinjiang region as part of what Beijing calls a vocational training campaign to combat terrorism.

China denies abuses, but the United States under the Trump Administration declared that Beijing was perpetrating a genocide, a designation upheld by President Joe Biden's administration.

Omer Kanat, the executive director of the Washington-based Uighur Human Rights Project, welcomed the bill, noting that Uighurs were "very hesitant" to apply through the U.N. High Commissioner for Refugees.

"If they apply through UNHCR, it has to inform the government of the state that they are in, and if they have strong relations with China, they fear these governments will inform the Chinese authorities," Kanat said.

Biden plans to raise the refugee cap for the current fiscal year to 62,500, a sharp increase from the 15,000 set by former President Donald Trump, Reuters reported in February, but has not yet taken that step. His refugee proposal sent to Congress mentioned Uighurs as a group that could be prioritized.

"It encourages the administration to do it, and if they don't do it, we have the ability to do it ourselves in Congress," said a House aide who helped draft the bill.