U.S. says condemns political use of vaccines after China-Taiwan tussle 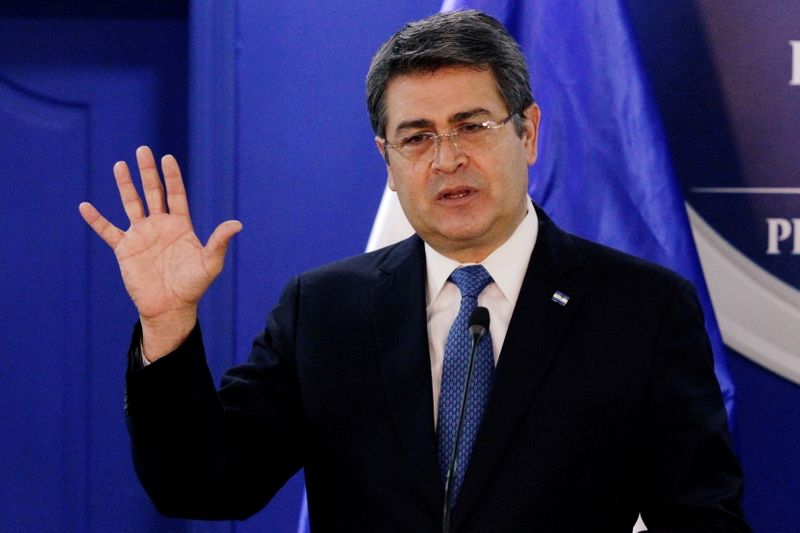 WASHINGTON (Reuters) -The United States stands with Honduras and condemns the "cynical use" of COVID-19 vaccines for political purposes, the State Department said, after Taiwan blasted China for seeking to use vaccines to make diplomatic inroads with one of Taipei's allies.

Honduras, among a small number of Latin American countries to maintain diplomatic ties with Taiwan, has said it was considering opening an office in China in a bid to acquire much needed COVID-19 shots, prompting Taipei to criticize Beijing for pushing a vaccine-for-recognition deal.

Several Latin American nations are receiving Chinese vaccines, but countries such as Honduras and Guatemala that have built ties with democratic Taiwan - which Beijing considers a breakaway province - are not.

"We condemn the cynical use of potentially life-saving medical assistance to advance the narrow political agendas of certain donors," a State Department spokesman told Reuters without mentioning China when asked about the situation involving Honduras.

"Taiwan's relationships with countries in the region, including Honduras, reinforce the hemisphere's democratic values and support sustainable development," the spokesman said, adding that the United States "stands with Honduras as it confronts these challenging times."

China's foreign ministry spokeswoman Hua Chunying responded at a daily news conference in Beijing on Friday, accusing the United States of double standards and of hoarding vaccines while not assisting other countries.

Taiwan has complained that China is applying similar pressure to Paraguay, one of just 15 countries that formally recognize the self-governed island over Beijing.

China, Russia, and the United States have sought to deepen ties around the world and further their countries' geopolitical clout through so-called "vaccine diplomacy".

The Chinese government, which has been exporting millions of doses of COVID-19 vaccines mainly to developing countries, has repeatedly denied that it uses them to gain diplomatic advantage.

Beijing has been gradually whittling away at Taiwan's diplomatic allies, which has alarmed Washington, nervous about an increased Chinese presence in Latin America and the Pacific where those allies are concentrated.

The United States earlier this month backed calls from emerging countries led by India and South Africa to temporarily lift patent protection for COVID-19 vaccines in the race to distribute more doses globally.