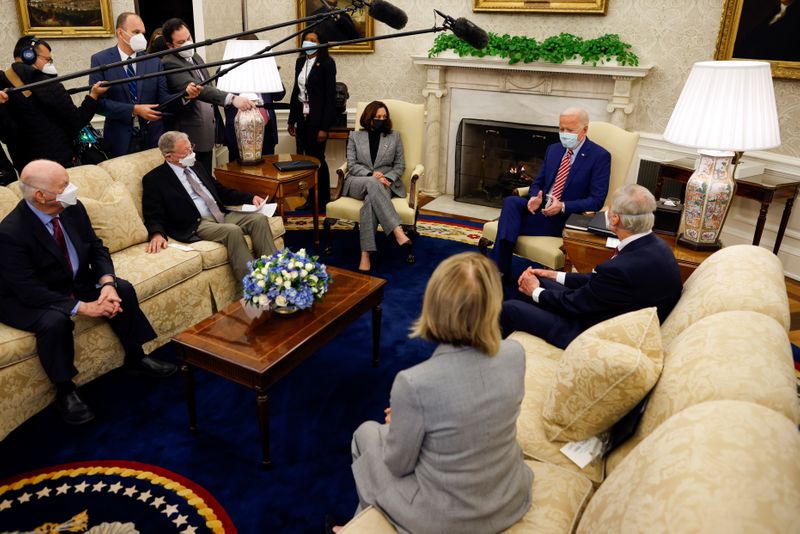 This week, the largest U.S. business group will begin running local ads focused on the Brent Spence Bridge, a key crossing connecting Kentucky and Ohio which has been dubbed "functionally obsolete", to make the argument it is time for action on infrastructure after years of debate.

Adding a second bridge would cost $2.5 billion and officials in both states have not agreed on a way to fund it.

President Joe Biden, who talked about a $2 trillion infrastructure plan during the 2020 campaign, plans to ask Congress in coming weeks to invest heavily in infrastructure. Studies show close to half of U.S. roads are in poor or mediocre condition and more than a third of U.S. bridges need repair, replacement or significant rehabilitation.

"It's going to be a big bill," said Neil Bradley, executive vice president and chief policy officer at the U.S. Chamber of Commerce in an interview. "The time for talk is over. The time for action is now."

The Chamber joined dozens of other groups in pressing for action on infrastructure by July 4, or U.S. Independence Day. Bradley warns the biggest danger to a deal is lawmakers failing to have a sense of urgency.

"If Congress is not going to pass an infrastructure bill now, why should we think it would ever pass?" he said.

Senator Tom Carper, who chairs the Senate Environment and Public Works (EPW) Committee, said at a transportation infrastructure hearing Wednesday "the American people are counting on us to make this happen."

"They donât want to hear us talking about what needs to be done. They want us to work together and get it done," Carper added.

Whitmer said 43% of Michiganâs major roads are in poor or mediocre condition. "We need significant investments in our roadways and bridges," she said.

Former President Donald Trump and congressional leaders failed to agree on a major bill to repair and replace aging and dangerous bridges, highways airports, water pipes and other projects.

Funding has been a point of contention in recent years after Congress abandoned a decades-old policy of using fuel tax revenue to largely pay for infrastructure repairs.