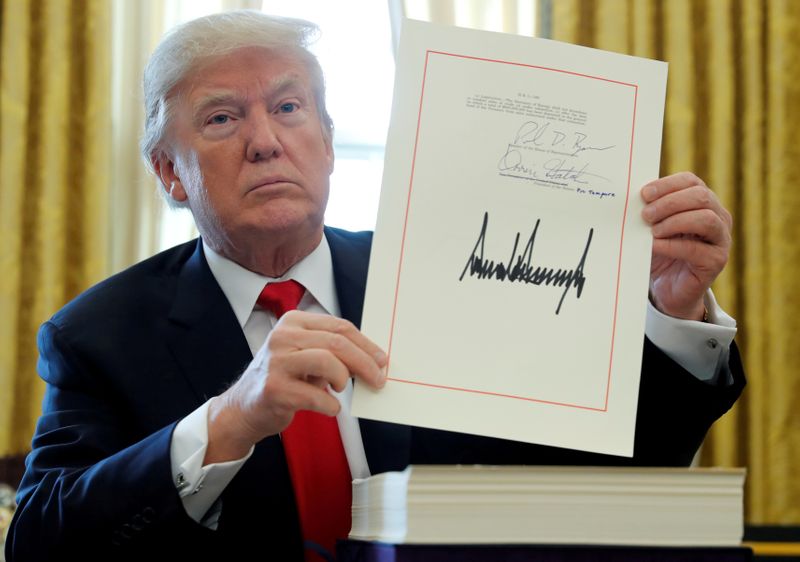 In a 3-0 decision, the 2nd U.S. Circuit Court of Appeals in Manhattan said the federal government had authority to impose a $10,000 cap on the state and local taxes that households' itemizing deductions could write off their federal returns.

The decision is a defeat for New York, Connecticut, Maryland and New Jersey, which challenged the so-called SALT cap implemented as part of a $1.5 trillion tax overhaul in 2017.

That law also cut taxes for wealthy Americans and slashed the corporate tax rate. Trump signed it following approval on a party-line vote from the Republican-controlled Congress.

The office of New York Attorney General Letitia James, which argued the states' appeal, did not immediately respond to requests for comment.

Many Congressional Democrats favor repealing or loosening the SALT cap at least temporarily, but may need to offset the costs as the Biden administration tries to push through a sweeping social safety net package.

Congress' nonpartisan Joint Committee on Taxation has said repealing the SALT cap could cost the U.S. Treasury $88.7 billion this year.

The SALT deduction has existed since the modern U.S. income tax system was created more than a century ago.

Capping the deduction disproportionately affects high-tax states, with New York estimating its taxpayers would pay $121 billion of extra federal taxes from 2018 to 2025.

The four states called the cap an unconstitutional means by the federal government to coerce states it "disfavored" into cutting taxes and the services they pay for, such as hospitals, police, schools, and road and bridge construction.

Circuit Judge Raymond Lohier, however, said the states did not show that their injuries were significant enough to be coercive.

He also called the cap one of "countless" federal laws whose benefits and burdens are distributed unevenly among states, and said it had an "outsized effect" on the four states because they had benefited most from the SALT deduction.

"We do not mean to minimize the plaintiff states' losses or the impact of the cap on their respective economies," he wrote. "But we find it implausible that the amounts in question give rise to a constitutional violation."