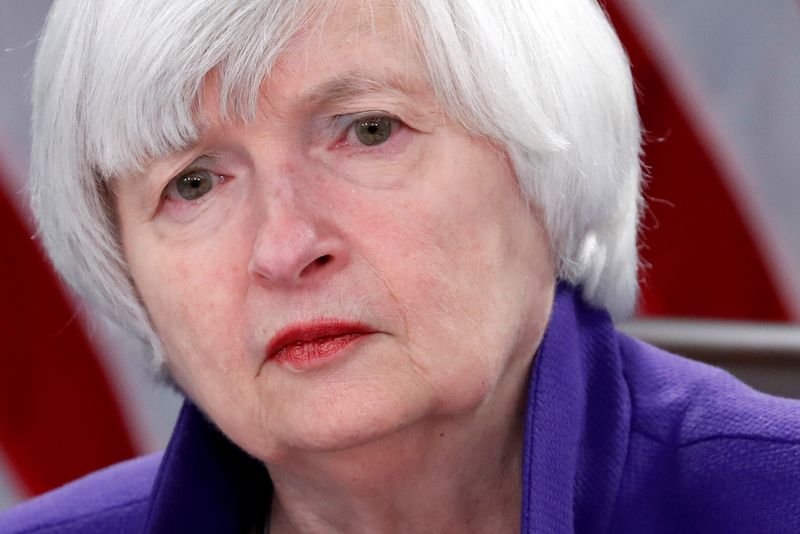 By Andrea Shalal and Mohammad Zargham

WASHINGTON (Reuters) - U.S. Treasury Secretary Janet Yellen said on Friday that economic crises hit people of color harder and longer, and the current crisis caused by the coronavirus pandemic would have a lasting impact on Black Americans unless action was taken.

"And we've seen early data that suggest Black workers will be the last rehired when the economy opens back up."

Yellen said that was why the Biden administration's $1.9 trillion stimulus plan was badly needed "to make sure that this pandemic isn't another generational setback for racial equality, and better yet, to finally start building an economy that works for everyone."

She said the package was structured to include grants for small businesses, stimulus checks and other measures specifically designed to start dismantling longstanding inequities, and that more steps to boost spending on infrastructure and create new jobs would be announced soon.

Yellen, a former Federal Reserve Board Chair, noted that the average white family still had roughly six times the wealth of the average Black family - about the same ratio seen before the civil rights movement of the 1960s.

Harris and Yellen both vowed to fix failures of the Trump administration's previous relief efforts through expanded outreach and the use of "navigators" to help business owners.

The recession has hit women and minorities particularly hard, with Black-owned businesses closing at twice the rate of their white counterparts, and an estimated 82,000 Black women having lost their jobs.

Harris said research had shown that the government program for lending to small businesses hit by the pandemic had not been accessible to many Black-owned businesses partly because they did not have a relationship with big banks.

Citing persistent and higher unemployment among Black Americans in the aftermath of the 2008 financial crisis, Yellen said: "That is what economic crises do: they hit people of color harder and longer."