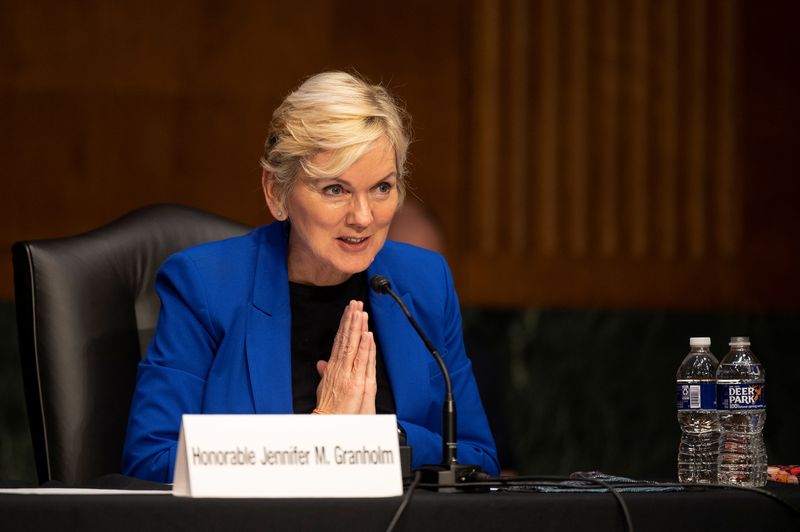 Former Michigan Governor Jennifer Granholm thanks to the committee after testifying before the Senate Energy and Natural Resources Committee during a hearing to examine her nomination to be Secretary of Energy, on Capitol Hill in Washington, D.C., U.S., J

Granholm, 61, wants to steer the department to help the United States compete with China on electric vehicles and green technologies like advanced batteries and solar and wind power. Senator John Barrasso, a Republican from fossil fuel producing Wyoming, expressed concerns that President Joe Biden's push to curb climate change would threaten thousands of jobs in coal, gas and oil, and voted against Granholm.