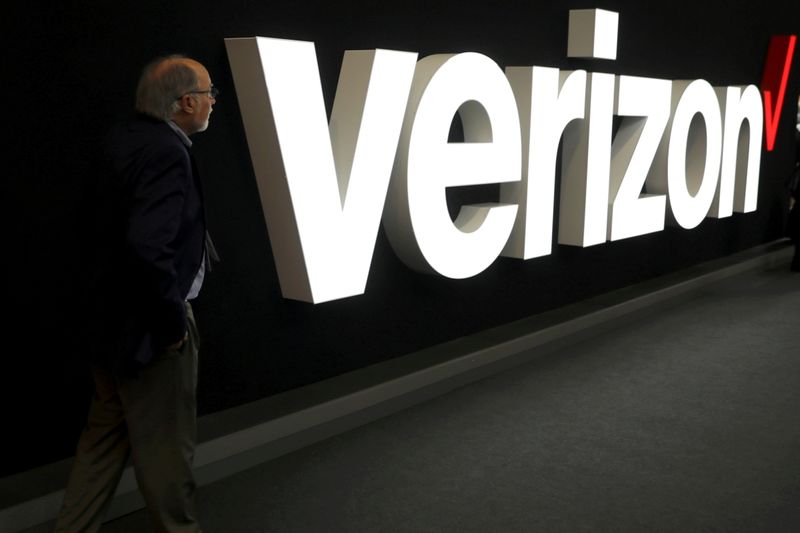 FILE PHOTO: A man stands next to the logo of Verizon at the Mobile World Congress in Barcelona, Spain, February 26, 2019. REUTERS/Sergio Perez

Rosenworcel's proposed approval order comes after the California Public Utilities Commission said Thursday it approved the deal after Verizon agreed to some additional consumer protection conditions. Verizon said in September 2020 it would buy pre-paid mobile phones provider TracFone, a unit of Mexican telecom company America Movil, in a cash and stock deal worth up to $6.9 billion.

Sources told Reuters the deal could be approved by the four-member FCC as soon as later on Friday.

Under the agreement with the California regulator, TracFone or Verizon must participate in a U.S. program providing subsidized wireless service for low-income consumers for 20 years.

The deal was approved by the Justice Department in late 2020.

TracFone is one of the largest providers of telecommunications services under the government subsidy program known as Lifeline with around 1.7 million low-income subscribers in 43 states and the District of Columbia.

Verizon officials held two days of meetings with the FCC this week on the deal. Verizon said on Friday it had committed "to participate in the Lifeline program for at least seven years."

It also told the FCC it will offer existing TracFone Lifeline rate plans for at least three years. Verizon agreed to retain an internal company compliance officer and independent compliance officer to monitor compliance with these commitments for more than seven years.

Under the California agreement, TracFone must enroll at least 200,000 Lifeline subscribers in the state by the end of 2025. TracFone or Verizon must offer Lifeline customers a phone at no cost after the first year of the merger.