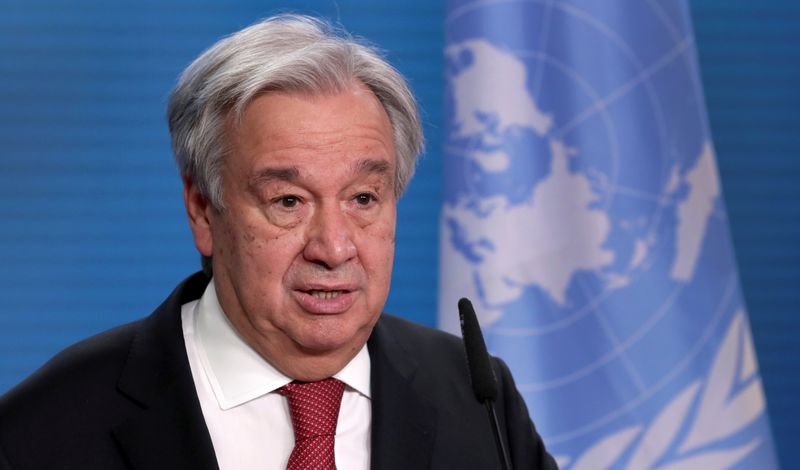 (Reuters) - United Nations Secretary-General Antonio Guterres said on Friday he was following with "great concern" developments in Myanmar, where military threats and coup fears have overshadowed the planned opening of parliament.

Escalating tension between the civilian government and the powerful military has stirred fears of a coup in the aftermath of an election the army says was fraudulent.

The army has said it plans to "take action" if its complaints about the election are not addressed and a spokesman this week declined to rule out the possibility of seizing power.

In a statement Guterres called on "all actors to desist from any form of incitement or provocation, demonstrate leadership, and to adhere to democratic norms and respecting the outcome of the 8 November general election."

"All electoral disputes should be resolved through established legal mechanisms," he added.

In a separate statement, Western nations said they were looking forward to the "peaceful convening" of parliament on Monday.

"We urge the military, and all other parties in the country to adhere to democratic norms, and we oppose any attempt to alter the outcome of the elections or impede Myanmar's democratic transition," said the statement signed by the embassies of Australia, Britain, Canada, the European Union and United States, among others.