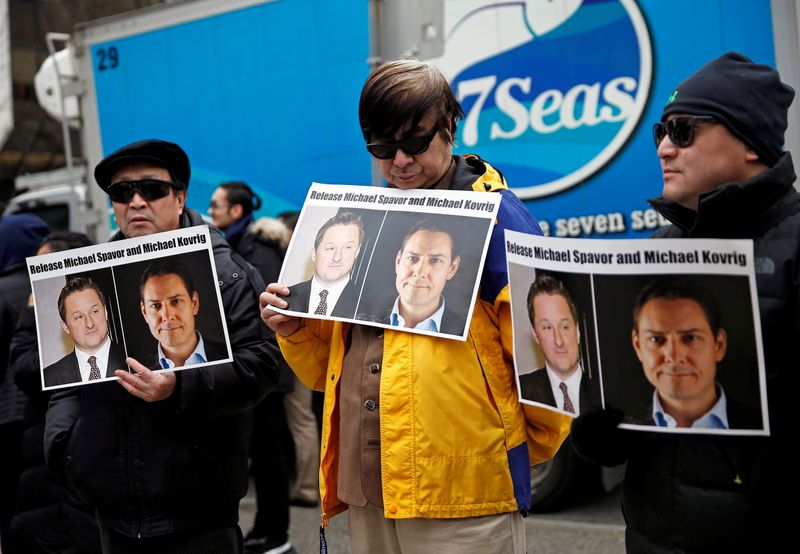 TORONTO (Reuters) - The two Canadians who were detained by Beijing for more than 1000 days returned home on Saturday, local media reported, where Prime Minister Justin Trudeau received them.

The Prime Minister's Office did not offer an immediate comment.