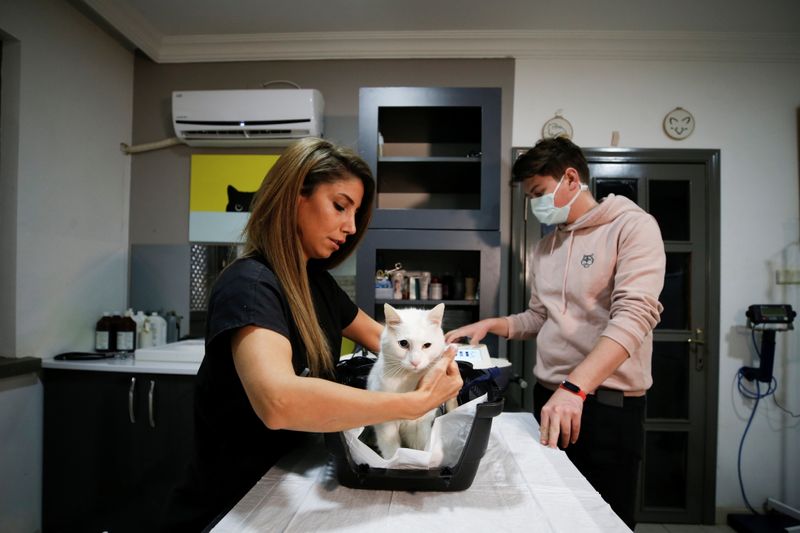 By Ece Toksabay and Mert Ozkan

ANKARA (Reuters) - Beaten by her former boyfriend, Yagmur Denli found healing in her work treating animals and safety in the protection offered by an international treaty on women, once championed by Turkey and now abruptly abandoned by its president.

Denli went to the police with pictures of her bruises and won a two-month restraining order against her abuser.

"The level of violence had increased, evolving into torture. It wasn't easy to break up, with all the threats and insults, so I took legal action," the 33-year-old veterinarian told Reuters.

While prosecutors looked into Denli's case, she said the restraining order was automatically renewed under the terms of a European convention on preventing violence against women and domestic abuse, known as the Istanbul Convention after the Turkish city where it was drafted in 2011.

In the early hours of Saturday, President Tayyip Erdogan stunned European allies with an unscheduled overnight announcement that Turkey was withdrawing from the convention which it had been the first nation to sign.

"The convention was greatly useful to me as it helped me get over this very quickly. Both the restraining order... and the swift legal process," Denli said. "I felt safer, I felt protected. Today, we are all hanging in the balance."

World Health Organization data shows 38% of women in Turkey are subject to violence from a partner in their lifetime, compared to 25% in Europe.

Femicide rates, for which there are no official figures, roughly tripled in Turkey over the last 10 years according to a monitoring group. So far this year 78 women have been murdered by men or died under suspicious circumstances, it said.

The convention seeks to prevent violence against women, including domestic violence, and bring an end to legal impunity for perpetrators.

"They think it interferes with the free acts of men who claim an entitlement over women."

When she woke on Saturday to hear about Turkey's decision, Acar said she felt traumatised. "This is very upsetting, and it makes me very very unhappy, fearful of the future and very hopeless," she said.

Her concerns were echoed by Ankara's Western allies, who denounced what they described as a baffling and unwarranted decision which risked undermining the rights of Turkish women.

Istanbul-based lawyer Rezan Epozdemir, who has represented relatives of femicide victims, said Turkey was heading in a "very shocking direction" by leaving the treaty. "I find it very unfortunate, and legally wrong, that Turkey withdrew its signature," he told Reuters.

Denli said violence against women and children was increasing in Turkey and in her case, the treaty had provided security which ensured she was swiftly protected from her ex-partner.

"I don't know if it will be replaced, or what will replace it, but I live in fear."