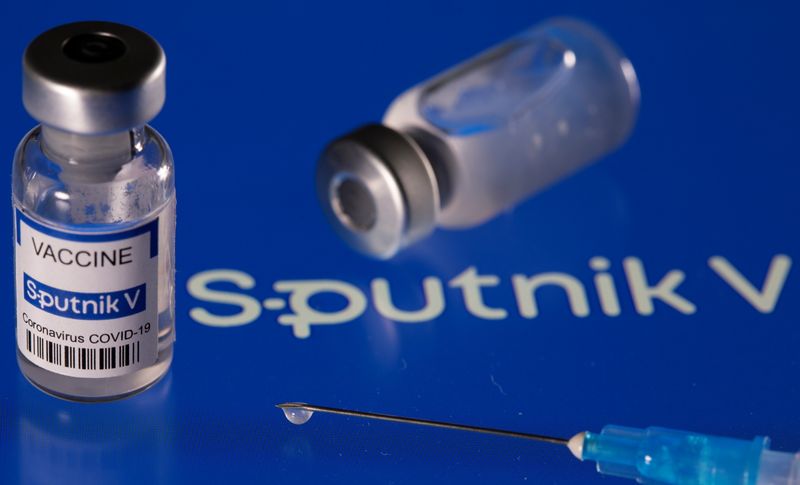 ANKARA (Reuters) -Turkey has begun initial talks to procure the Sputnik-V vaccine from Russia, Health Minister Fahrettin Koca said on Thursday, adding Ankara would receive a total of 100 million doses of COVID-19 vaccines from various suppliers by the end of May.

"Initial talks have begun for the procurement of Sputnik-V. This vaccine will be eligible for widespread use following the testing process for its compatibility," Koca said, adding Ankara was in talks with other vaccine providers.

Turkey has until now been using COVID-19 vaccine shots developed by China's Sinovac Biotech Ltd and it has carried out 14.39 million inoculations, with 8.18 million people having received a first dose, since Jan. 14 when the nationwide rollout began.

In a statement after a meeting with his coronavirus science council, Koca also added that Turkey would be receiving 4.5 million doses of the vaccine developed by Pfizer and BioNTech by early April.

Turkey recorded nearly 29,000 new infections in the last 24 hours, health ministry data showed on Thursday, just under this year's highest level a day earlier. Case numbers have continued to surge after restrictions were eased this month.

Opposition parties and critics sharply criticised President Tayyip Erdogan and his government on Wednesday for organising a congress for the ruling AK Party with thousands of people, many of whom were seen violating social distancing rules, not wearing or improperly wearing masks.

Social media footage showed hundreds of people being brought to Ankara ahead of the congress in packed buses from across the country, wearing no masks. The government also came under fire last month for a crowded funeral, after which Koca issued an apology.

A columnist for the Haberturk daily said on Thursday that the AK Party congress "could be Turkey's 'New Wuhan'," referring to Chinese city where the outbreak first emerged in late 2019. The term "lebalep", meaning "packed" in Turkish, was a top trending topic on Twitter in Turkey as the congress was underway.

"The day you hold congresses like this, you cannot speak to people about masks, hygiene," said Lutfu Turkkan, a deputy for the opposition Iyi Party on Wednesday, while a lawmaker from the main opposition Republican People's Party (CHP) called the event an "enmity to public health".