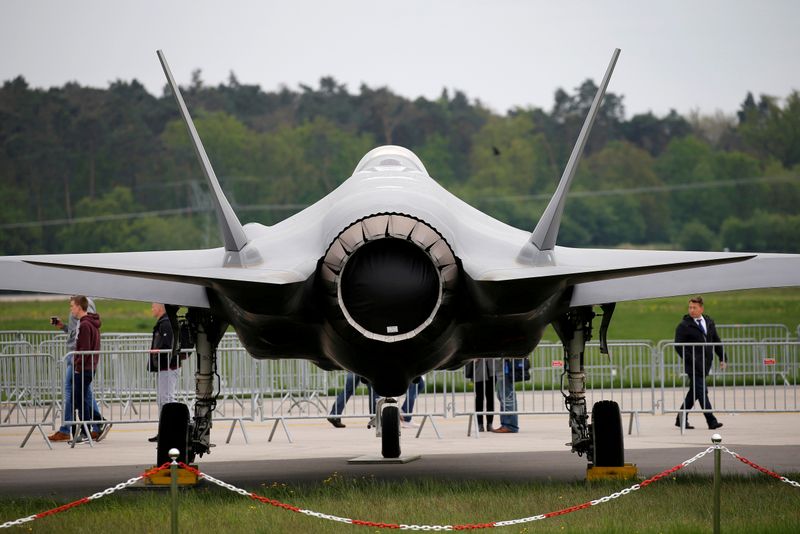 ANKARA (Reuters) - Turkey is not necessarily aiming to return to the U.S. F-35 fighter jet programme from which it was removed over its purchase of Russian defence systems, the Turkish defence industry chief said on Wednesday.

He said the primary goal was for Turkey to get compensated for its losses.

Ankara had ordered more than 100 F-35s and has been making parts for it but was removed from the programme in 2019 after it acquired Russian S-400 missile defence systems, which Washington says threaten the jets.

Ankara rejects the U.S. concerns and says its removal from the programme was unjust.

In December, the United States imposed sanctions on its NATO ally Turkey over the S-400s, targeting its defence industry and top sector officials. Ankara hired U.S law firm Arnold & Porter to lobby for readmission into the programme.

Turkey's Defence Industry Directorate chairman Ismail Demir told broadcaster NTV that there was a "clear loss of rights" and that Ankara's 6-month contract with Arnold & Porter was aimed at identifying future steps to reverse these losses.

"We are not in a mood like 'let's get back (on the project), we must get back'. We say there is an injustice and that this injustice needs to be fixed," Demir, who was sanctioned by the United States, said.

"The goal of all our efforts is not necessarily to get back on the programme, but rather for the injustices to be seen and for our loss of rights to be compensated," he added.

Despite Turkey's removal from the programme and sanctions imposed on its defence industry, the Pentagon has said it will continue to depend on Turkish contractors for key F-35 parts.

Turkey and the United States have been at odds over a host of issues in recent years, from the S-400s and its implications to differences in Syria policy. Ankara says it hopes for better ties under U.S. President Joe Biden.