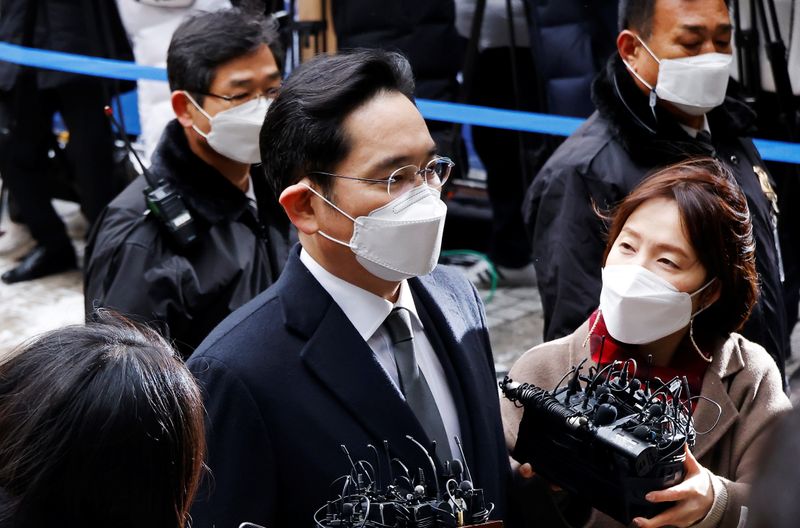 Lee, who has been jailed at the Seoul Detention Center since January for a two-and-a-half-year sentence of bribery and other charges, had the surgery on Friday for a burst appendix, Seoul media reported previously.

Lee, 52, is South Korea's most powerful businessman. Protracted legal uncertainty and concerns over his health have been seen as hindrances to the group's ownership restructuring following the death of Lee's father in October.

The vice chairman had symptoms even earlier, but his hospitalisation and surgery were delayed to Friday, the Korea Economic Daily reported late on Wednesday, citing unnamed medical and industry sources.

This delay led to "partial necrosis and removing of a part of the large intestine", and though "his life is not in danger, a fever of 38 degrees or above (Celsius) persists", newspaper Chosun Ilbo reported late on Wednesday, citing an unnamed medical source.

Seoul Central District Court records showed that a hearing on a trial of Lee and 10 others in a separate case that was previously scheduled for Thursday was postponed to April 22. The case related to suspected accounting fraud and stock price manipulation connected to a 2015 merger.