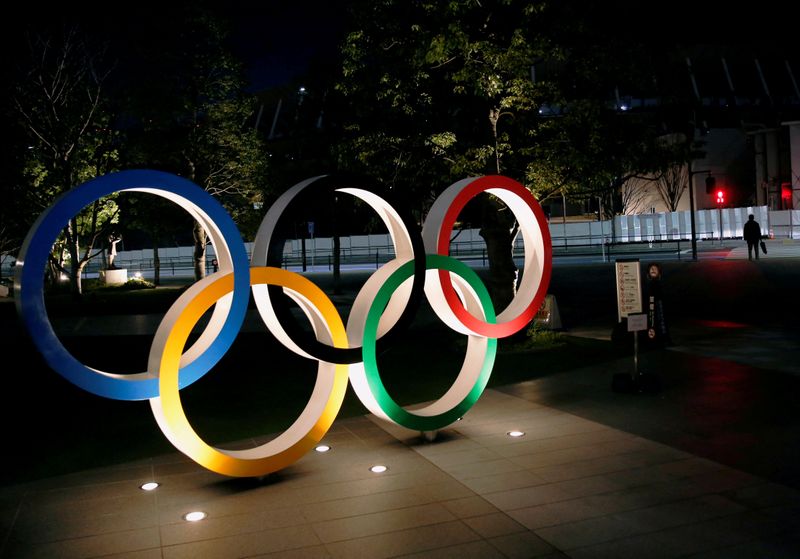 FILE PHOTO: The Olympic rings are illuminated in front of the National Stadium in Tokyo, Japan January 22, 2021. REUTERS/Kim Kyung-Hoon

TOKYO (Reuters) - Whoever becomes the next president of the Tokyo Olympic organising committee must have a deep understanding of gender equality, organisers said on Tuesday, after former head Yoshiro Mori quit over sexist remarks he had made.

Preparations for the delayed Summer Games have been marred by a firestorm over comments made this month by Mori, who eventually stepped down on Friday.

In its first meeting on Tuesday, the Tokyo 2020's candidate selection committee agreed on five requirements for a new leader, including a deep understanding of gender equality and diversity and the ability to actualise those values during the Games, the organisers said in a statement.

Among other qualities required are an international profile and experience on the global stage.

"The committee will make its selection of candidates for Tokyo 2020 president in accordance with these five criteria as swiftly as possible," the organisers said.

The resignation of the 83-year-old former prime minister has further eroded confidence in the organisers' ability to pull off the huge sporting event during a coronavirus pandemic. Public opinion polls in Japan show many no longer want the event held there at all.

Mori drew more fire by asking the mayor of the Olympic Village, 84-year-old Saburo Kawabuchi, to take over the job, prompting demands that a younger and/or female candidate be found, rather than another octogenarian male.