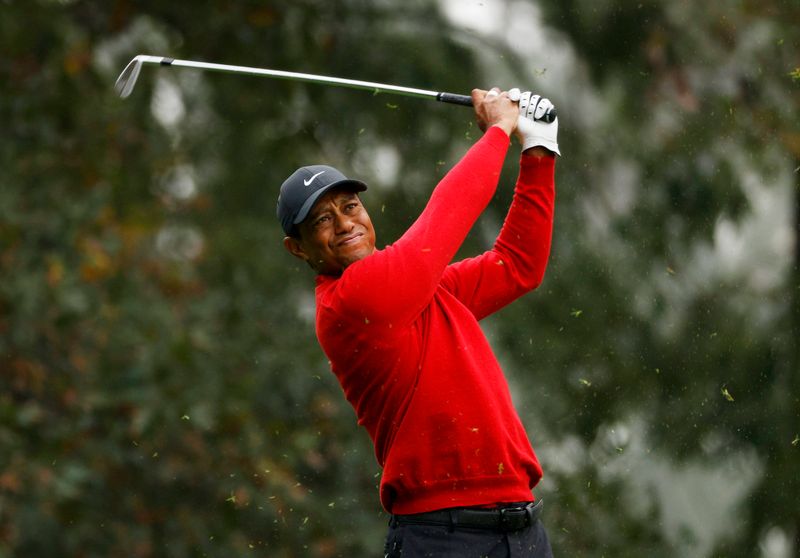 (Reuters) - Fifteen-time major winner Tiger Woods is recovering and in "good spirits" after he received successful follow-up procedures on injuries sustained this week in a car accident, according to a statement posted to his Twitter account on Friday.

Woods, considered one of the greatest golfers of his generation, was being treated at Cedars-Sinai Medical Center in Los Angeles following the crash on Tuesday, which left him with a fractured right leg and shattered ankle.

"Tiger and his family want to thank you all for the wonderful support and messages they have received over the past few days," the statement read. "We will not have any further updates at this time."

Woods, 45, who overcame numerous surgeries to break an 11-year major drought and win the 2019 Masters, had hoped to compete at Augusta in April.

The accident stunned the world of professional sport and prompted an outpouring of support from fellow athletes as well as former U.S. Presidents Donald Trump and Barack Obama.