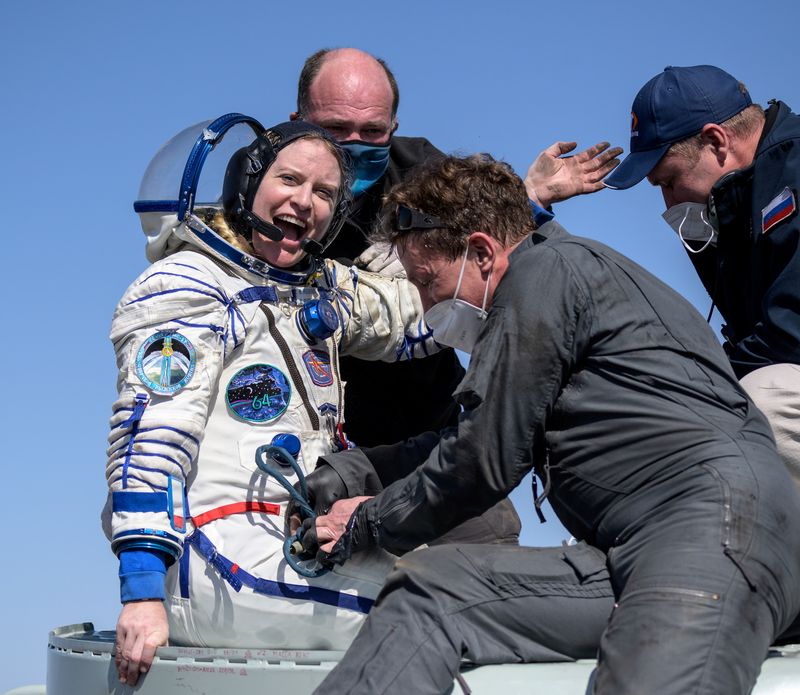 The Soyuz MS-17 spacecraft carrying NASA astronaut Kate Rubins, a microbiologist who in 2016 became the first person to sequence DNA in space, and Russian cosmonauts Sergey Ryzhikov and Sergey Kud-Sverchkov landed in Kazakhstan at 0455 GMT.

The three had been at the space station since mid-October 2020.

Their mission was the last scheduled Russian flight carrying a U.S. crew member, marking an end to a long dependency as the U.S. revives its own crew launch capability in an effort to drive down the cost of sending astronauts to space.