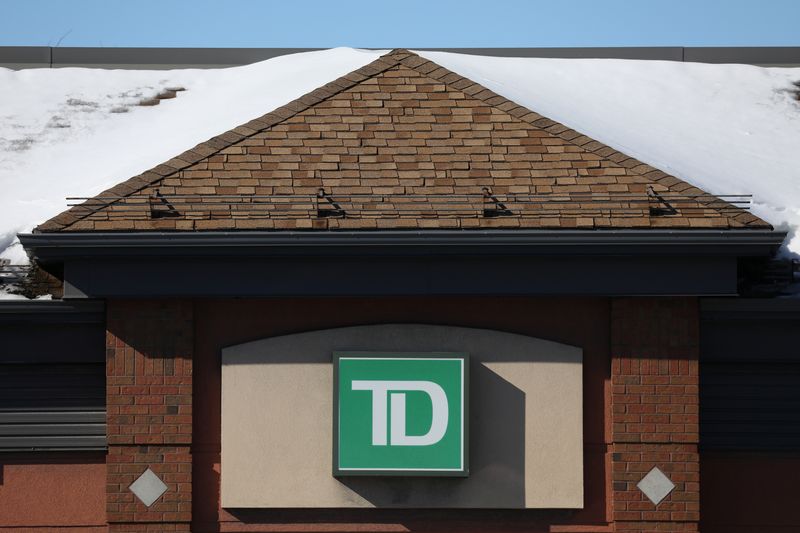 FILE PHOTO: The Toronto-Dominion (TD) bank logo is seen outside of a branch in Ottawa, Ontario, Canada, February 14, 2019. REUTERS/Chris Wattie

TORONTO (Reuters) - Toronto-Dominion Bank (NYSE: TD) on Monday said it will not provide project-specific financial services for oil and gas-related activities in the Arctic Circle as part of its plan to get to net-zero emissions by 2050, joining a host of global lenders in taking similar action.

The Arctic Circle "is warming significantly faster than the rest of our planet, which poses the risk of increased green-house gas releases and further warming," Canada's second-largest bank said in a statement.

The bank's move signals the start of a shift for Canadian lenders that have largely continued to support the fossil fuel industry even as global counterparts have distanced themselves from parts of the sector.

RBC also said it will limit financing for clients with significant coal-mining operations.

Oil and gas loans accounted for less than 4% of business lending at Canada's two biggest banks in the quarter through July, and a little over 1% of total loans.

TD said it will support clients to capitalize on "opportunities of the low-carbon economy," and will begin reporting progress toward its net-zero goal from 2021.