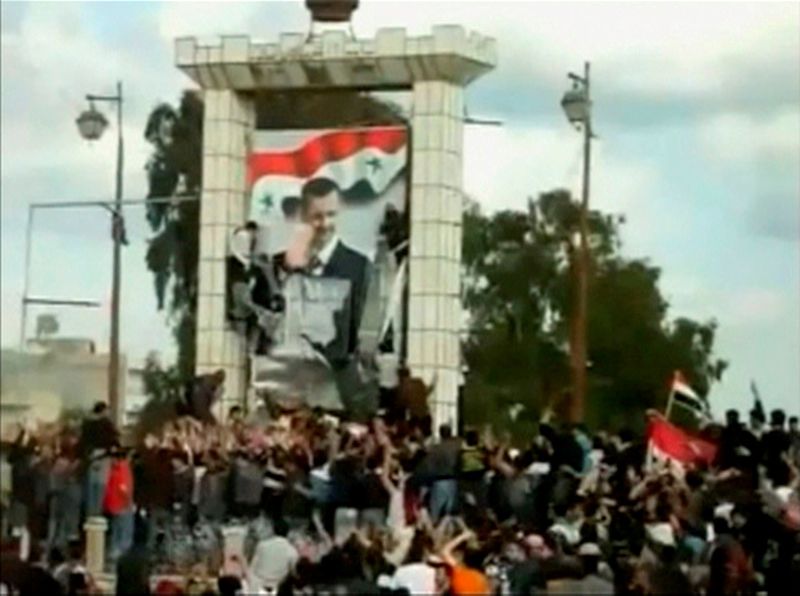 AMMAN (Reuters) - Syrian troops stepped up shelling of an opposition enclave in the southern city of Deraa in a bid to assert control over an area that has defied state authority since it was retaken three years ago, witnesses, the army and residents said.

An army assault on the old quarter of Deraa suffered a blow on Thursday when rebels mounted a counter-offensive across the province, capturing dozens of troops.

The army has since sent hundreds of elite troops, dozens of tanks and armoured vehicles to storm the enclave where peaceful protests against Assad family rule began in 2011 and were met by deadly force before spreading across the country.

The rebels disrupted traffic along the Damascus-Deraa highway leading to the border with Jordan, which closed the crossing point on Sunday. [nL8N2P70U4 ]

The Syrian army, aided by Russian air power and Iranian militias, retook control of the province that borders Jordan and Israel's Golan Heights in 2018.

Russian-brokered deals at the time forced rebels to hand over heavy weapons but kept the army from entering many towns including the old quarter of the provincial capital known as Deraa al Balaad.

The Syrian army on Sunday blamed what it called terrorists for foiling several rounds of negotiations with opposition figures since last week to allow the army to set up checkpoints in the enclave.

"The regime wants to end what they see as a living symbol of the revolt against it. If they silence it by returning the army they will subjugate the whole Hauran region," Abu Jehad al Horani, an opposition official, told Reuters from inside the enclave.

Damascus-based relief bodies said at least 2,000 families fled their homes since the fighting began on Thursday.