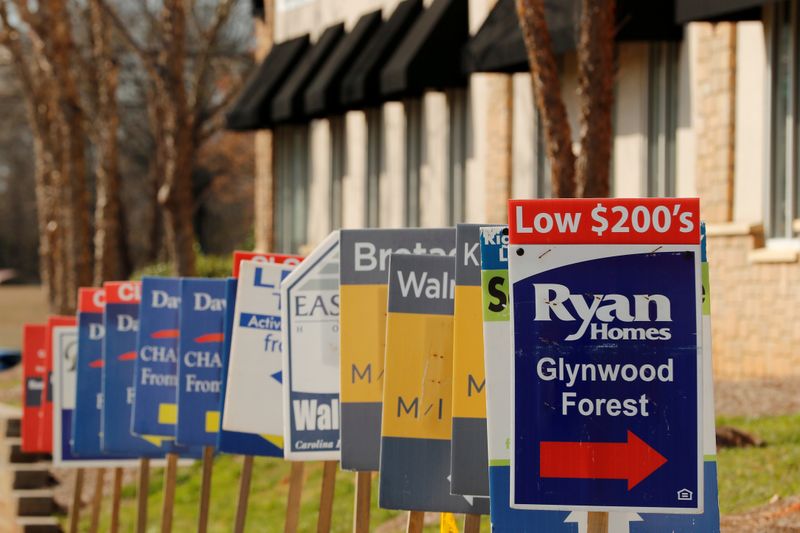 WASHINGTON (Reuters) - The breakout of Bitcoin and meme stocks may have captured the headlines during the pandemic, but people still see buying a primary residence as a better and less nerve-racking investment than the stock market, according to a new survey by the Federal Reserve Bank of New York.

The survey of investment preferences was included as part of a broader housing survey that found both renters and homeowners expect prices will rise a bit faster this year than during the pandemic-scarred year that just ended.

The median one-year price increase among respondents for both home purchases and rents was put at 5%, the largest since at least 2014, according to New York Fed data.

The survey of around 3,100 people asked how respondents would advise a couple in their early 30s who had come into a windfall that could cover the downpayment for a home in the surrounding neighborhood.

The resounding answer: buy a house for the appreciation and the lower volatility.

Men and college graduates were a bit more inclined to stocks and women and the less educated to home ownership.

But overall roughly 90% said they would definitely or probably recommend the money be put to a primary purchase, though that dips to about 60% when the choice is between purchasing a rental property versus the stock market.

"In general, households view housing as a good investment in comparison to the stock market," wrote the team of New York Fed researchers who analyzed the survey results.

The preference for housing dipped a bit during the pandemic, a fact the authors attributed to concern about possibly missing mortgage payments or being unable to rent an investment property.

In the survey completed in the February just passed, however, the preference had jumped back above where it was the year before.