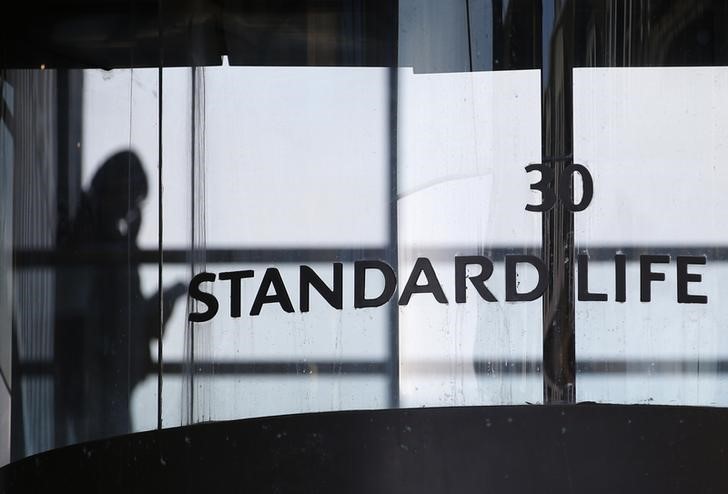 By Simon Jessop and Carolyn Cohn

LONDON (Reuters) - Bankers in Britain have a phrase for chief executives who share control of a company: "co-head, you're dead".

The use of co-CEOs at major companies has a chequered history, with personality clashes and governance concerns meaning the model is rarely used for prolonged periods of time.

But they face scepticism.

Shore Capital analyst Eamonn Flanagan said he had "grave concerns", citing his negative experience of a similar structure when insurance firms Royal Insurance and Sun Alliance merged in 1996. The two bosses of the merged firm had both gone within two years, following culture clashes and poor company performance.

"To us, a single CEO calling the shots and retaining overall responsibility is critical in all such (merger) transactions ... we wait to see how the chemistry between Skeoch and Gilbert develops," Flanagan said in a client note.

The co-CEO model is rare in Britain, with only seven companies across the FTSE 100 and FTSE 250 using it, data from corporate governance adviser Manifest shows.

"It's rare but not unknown, and usually it's for a specified period of time or to cover a particular issue," said Manifest CEO Sarah Wilson, citing previous power couples at retailer Sainsbury, real estate investor Hansteen and food supplier Cranswick.

Globally, it's been more common with the likes of Google, SAP, Oracle and Deutsche Bank all trying it.

At Deutsche Bank, Juergen Fitschen and Anshu Jain ran the bank together between 2011 and 2015. But their tenure was a troubled one and the pair abruptly resigned following criticism from shareholders and regulatory problems.

A co-CEO structure put in place at Barclays' fund arm Barclays Global Investors in 2002 only lasted three years before one, Andrew Skirton, left as part of a restructuring.

However, the partnership between Goldman Sachs International co-heads Michael Sherwood and Richard Gnodde lasted 11 years before Sherwood's retirement last year and was generally seen as effective.

Gilbert and Skeoch said on Monday their 30-years of friendship - the pair go fishing together - should help them find a way of working effectively.

At the heart of both power-sharing exercises is a concern that the all-important client assets against which management fees are charged - a fund firm's chief source of income - could walk to a rival unless continuity is maintained.

But some analysts and shareholders remain to be convinced.

"We note that this is not a concept that has generally worked in previous mergers; so the precise areas of responsibility between the two should certainly be the subject of questions," said Deutsche Bank analyst Oliver Steel.

Gilbert and Skeoch declined to specify on Monday how their roles would be organized.

Some analysts suggested it could be a short-term measure, with both Gilbert and Skeoch in their 60s and nearing retirement age.

"It's highly dysfunctional ... for my mind, it doesn't make for good corporate decision-making," Liontrust fund manager and Standard Life shareholder Jamie Clark said. "It must be very difficult for two figures of prominence to share the mantle."