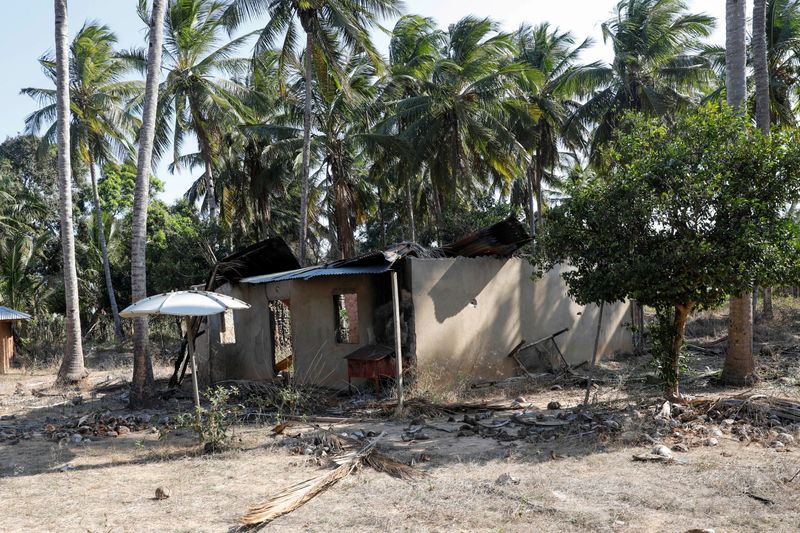 FILE PHOTO: A destroyed house is pictured in the town of Mbau, Mozambique September 23, 2021. REUTERS/Baz Ratner

JOHANNESBURG (Reuters) -Southern African regional bloc SADC agreed at a summit on Tuesday to extend a troop deployment in Mozambique to help the government fight an Islamic State-linked insurgency.

"Summit approved the extension of the SAMIM (SADC Mission in Mozambique) to continue with offensive operations against terrorists and violent extremists," the bloc said in a communique after top officials met in Pretoria, South Africa.

The SADC troop deployment was initially for three months and due to end on Oct. 15. The communique did not say how long the extension was approved for.

Southern African nations agreed in June to send troops to help Mozambique respond to the insurgency, which is concentrated in the northern province of Cabo Delgado and has claimed thousands of lives since beginning in 2017.

Rwanda, which is not a SADC member, began deploying soldiers in Mozambique a month later.

The fighting brought a $20 billion natural gas project led by French energy company TotalEnergies to a halt, after fighters attacked the town of Palma in March.

The communique on Tuesday said three soldiers on the SADC mission to Mozambique had lost their lives, from Botswana and Tanzania.