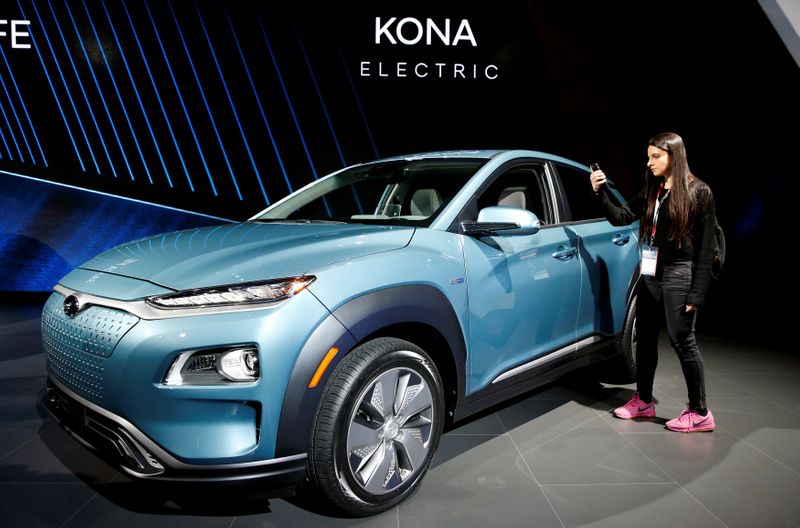 The investment size and production capacity have not been decided, the person said, declining to be identified as discussions are private.

Global automakers are moving to secure batteries in anticipation of a rise in EV sales due to government subsidies and quotas designed to cut carbon emissions.

LG Chem and Hyundai Motor Group confirmed the meeting but said nothing had been decided concerning a potential venture.

"Hyundai Motor Group is collaborating with LG Chem on various projects. However, no concrete discussion has been made on a battery joint venture in Indonesia," Hyundai said in a statement to Reuters.

A battery cell joint venture would be the first for Hyundai, viewed as a relative latecomer to the EV market. It is mounting a challenge to the dominance of Toyota Motor Corp <7203.T> in Southeast Asia, with a new factory in Indonesia which may produce electric vehicles.

"Indonesia is committed to promoting the EV industry, but, consumer-wise, the country's not yet ready with charging infrastructure or consumer purchasing power," said Eugene Investment & Securities analyst Lee Jae-il. "A battery joint venture is likely a mid- or longer-term plan."

Indonesia's Coordinating Ministry of Maritime and Investment Affairs has heard of discussions between Hyundai Motor Group and LG Chem, said spokesman Jodi Mahardi, adding the companies have met with the government but have not shared further details.

"Hyundai has taken LG to meet a number of domestic companies to explore a potential partnership for EV battery production," he said.

(Reporting by Hyunjoo Jin and Joyce Lee; Additional reporting by Heekyong Yang in Seoul and Fransiska Nangoy in Jakarta; Editing by Christopher Cushing and Stephen Coates)