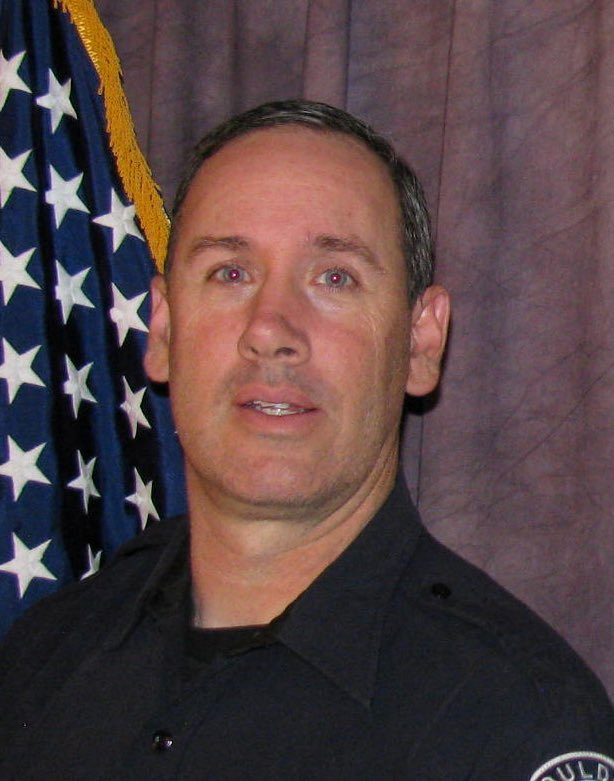 Police officer Eric Talley, who was among several people who perished in Monday's mass shooting at King Soopers grocery in Boulder, Colorado, is seen in this handout photo obtained by Reuters on March 22, 2021. Boulder Police Department/Handout via REUTER

By Alexandra Ulmer and Colleen Jenkins

(Reuters) -He was a father of seven, who drove a passenger van to take his family around town. He had been an officer for a decade but lately had been looking for other, safer work. He was devoutly religious.

Colorado police officer Eric Talley, 51, also was among the first to respond to gunfire on Monday at a King Soopers grocery store in Boulder, where he died along with nine others in the latest U.S. mass shooting.

Friends, family and colleagues described Talley as a kind man who was quick to jump into tough tasks. He cared deeply about his community - so much, they said, that he gave his life for it.

"He was willing to die to protect others," Boulder Police Chief Maris Herold said at a news conference on Tuesday.

"He didnât have to go into policing. He had a profession before this but he felt a higher calling," she said.

Just two weeks earlier, Herold said, she gave one of Talley's sons an award for using the CPR skills his father taught him to save the life of a little brother who had swallowed a quarter.

Talley joined the police department in 2010 after working at technology company Avaya, according to tributes posted by former colleagues on social media.

He was featured in a 2013 article as one of three police officers who helped save ducks stuck in a drainage ditch.

He waded into calf-deep water to rescue the ducks from the pipes, according to the article in the Boulder Daily Camera newspaper.

A woman on Twitter wrote that in the same year Talley responded to her 911-emergency call about a threatening former boyfriend. She said she still had the business card Talley gave her so she could call him if the ex-boyfriend ever showed up again.

Lately, Talley had been considering a new line of work, his father Homer said in a statement issued to local media.

"He was looking for a job to keep himself off of the front lines and was learning to be a drone operator. He didn't want to put his family through something like this," Homer Talley said.

A woman named Kirstin wrote on Twitter that Eric Talley was her older brother.

"My heart is broken. I cannot explain how beautiful he was and what a devastating loss this is to so many. Fly high my sweet brother," she wrote in a post that included a photo of them as young children.

A man named Jeremy Herko described Talley as one of his best friends.

"He was a devout Christian, he had to buy a 15-passenger van to haul all his kids around, and he was the nicest guy in the world," Herko wrote in a Facebook post.

Talley is the sixth on-duty death in the Boulder Police Department's history and the first officer killed in the line of duty since 1994, the Boulder Daily Camera reported.

"We can never thank Officer Talley or his family enough for their sacrifice, but we will not forget it," Weaver said. "Many are alive today because of the actions of Eric Talley and other first responders, and their bravery is a blessing to us all.â