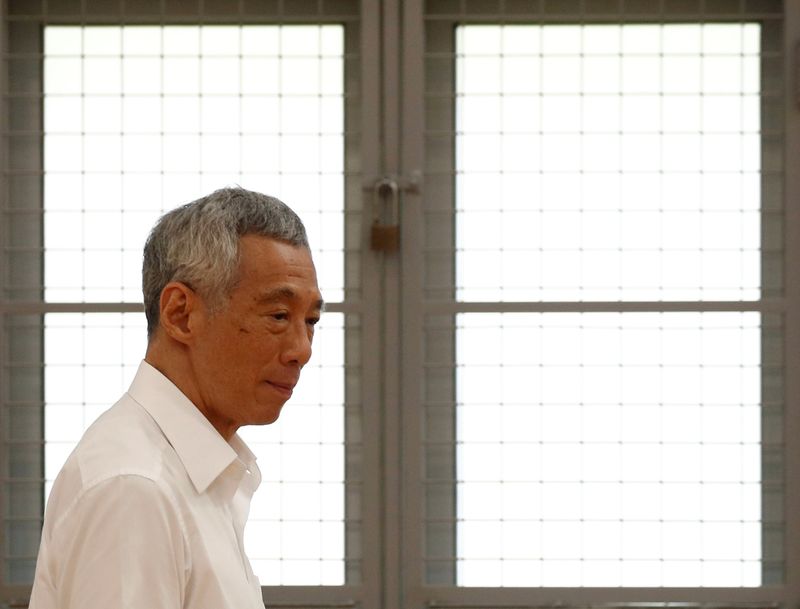 FILE PHOTO: Singapore's Prime Minister Lee Hsien Loong of the People's Action Party arrives to give a speech at a nomination center ahead of the general election in Singapore June 30, 2020. REUTERS/Edgar Su

SINGAPORE (Reuters) - A Singaporean activist said on Friday he had raised S$144,389 ($108,200) through social media to cover defamation damages he had to pay Prime Minister Lee Hsien Loong, the second such crowdfunding case involving a blogger this month.

The prime minister sued Roy Ngerng for a blog post in 2014 in which Ngerng allegedly implicated Lee in impropriety in connection with how funds in Singaporeâs mandatory retirement savings scheme, the Central Provident Fund(CPF), are managed.

Ngerng said he had revived his fundraising campaign after Leong Sze Hian, a financial adviser, raised S$133,000 this month to cover damages that he was ordered to pay the prime minister in a separate defamation case.

Ngerng said had been making the payments in installments over the last five years.

"We have made it," Ngerng said in a post on Friday, announcing the completion of the funding.

As the head of a government that has pledged zero tolerance of corruption, Lee, 69, is no stranger to seeking to protect his reputation via legal channels.

(Reporting by Aradhana Aravindan in Singapore; Editing by Ed Davies and Hugh Lawson)