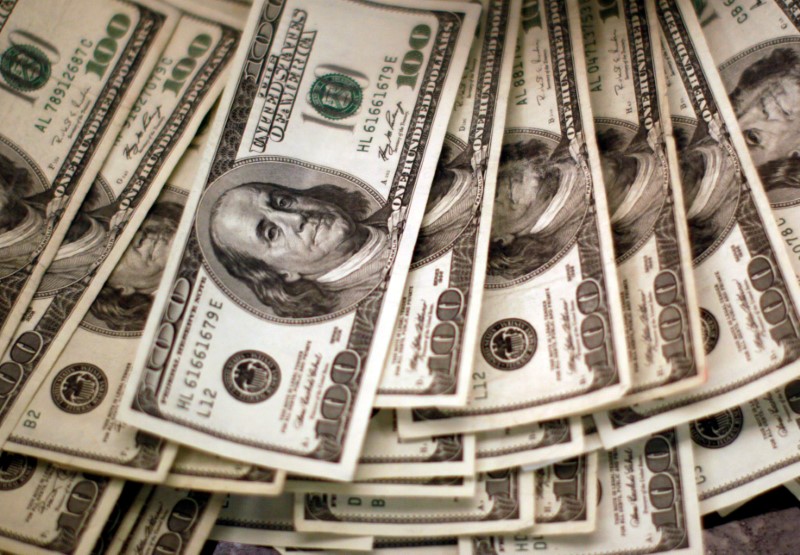 FILE PHOTO: U.S. dollars are counted out by a banker counting currency at a bank in Westminster, Colorado November 3, 2009. REUTERS/Rick Wilking

NEW YORK (Reuters) - Speculators cut their net short dollar positions in the latest week to the lowest level since mid-June, according to calculations by Reuters and U.S. Commodity Futures Trading Commission data released on Friday.

U.S. dollar positioning was derived from net contracts of International Monetary Market speculators in the Japanese yen, euro, British pound and Swiss franc, as well as the Canadian and Australian dollars.

In a wider measure of dollar positioning that includes net contracts on the New Zealand dollar, Mexican peso, Brazilian real and Russian rouble, the U.S. dollar posted a net short position of $12.83 billion, compared with a net short of $23.11 billion a week earlier.

The dollar index has risen modestly this year - up approximately 2.2% from three-year lows hit in January. Much of that move has happened in recent weeks as a Treasury debt has sold off. Higher Treasury yields have made the U.S. dollar more attractive to income-seeking investors.

Yields on U.S. Treasuries have surged to their highest level in more than a year from record lows hit in 2020, as Federal Reserve commitments to hold rates near zero for years to come encouraged investors to bet economic growth and inflation will heat up.