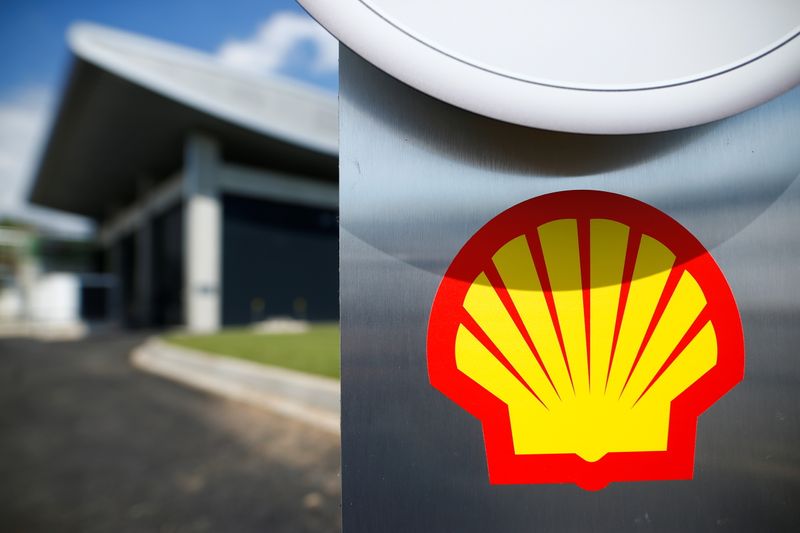 FILE PHOTO: The logo of Royal Dutch Shell is pictured during a launch event for a hydrogen electrolysis plant at Shell's Rhineland refinery in Wesseling near Cologne, Germany, July 2, 2021. REUTERS/Thilo Schmuelgen

LONDON (Reuters) - Royal Dutch Shell has launched talks with investors to secure support for its plan to relocate its headquarters from the Netherlands to Britain, sources said, as a leading advisory recommended backing the move at a December vote.

Shell said this month it would scrap its dual Anglo-Dutch share structure and move its head office to London from The Hague due to the Dutch tax system and after a court ruling over its strategy to reduce greenhouse gas emissions.

The company also plans to move its tax residence to Britain and drop "Royal Dutch" from its name - part of its identity since 1907 - to become Shell Plc.

Shareholders will vote on the changes at a special general meeting on Dec. 10 where the resolution needs to secure more than 75% of votes cast.

To secure the high threshold, Shell's management has in recent days set up more than 100 meetings with leading investors, two sources close to the process said.

"We believe this is a very shareholder-friendly proposition and we're working hard and engaging with many of our shareholders to explain all of the benefits of this move and encourage them to vote," a Shell spokesperson said.

The simplified structure would allow "an acceleration in distributions by way of share buybacks, as there will be a larger single pool of ordinary shares that can be bought back," Glass Lewis said.

It would also strengthen Shell's ability to manage its energy transition, it added.