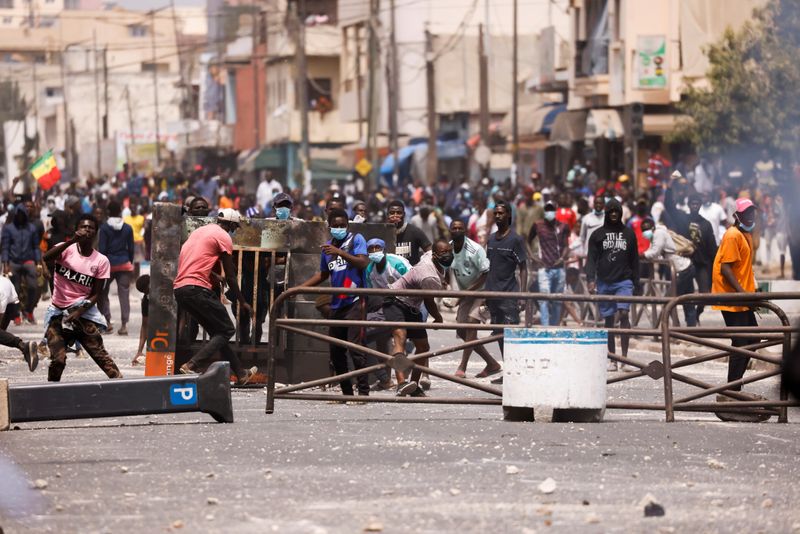 DAKAR (Reuters) - Schools in Senegal will shut until March 15, the education ministry said on Sunday, after days of violent protests that have paralyzed parts of the capital Dakar and are expected to continue next week.

At least five people have died in demonstrations sparked by the arrest on Wednesday of Ousmane Sonko, Senegal's most prominent opposition leader. It is the worst political unrest in years in a country widely seen as one of West Africa's most stable.

Sonko, who enjoys strong support among the young, was arrested after an employee of a beauty salon accused him of raping her. Sonko denies the allegation and says it is politically motivated.

Opponents of President Macky Sall have called for further protests on Monday.

The education ministry "strongly recommends that students' parents keep a close eye on their children and keep them from the risks that come from the protests," it said in a statement.

Much of Dakar turned into a war zone last week as police clashed with thousands of angry protesters. Many shops, gas stations and banks were closed for days. Large queues formed for petrol and groceries on Sunday, during what is expected to be a brief respite in the unrest.

Political pressure has mounted on President Sall, whose presidency has been plagued by accusations that he unjustly torpedoes political rivals and worries that he may seek to extend his rule beyond his allotted two-term limit.

The economic devastation caused by the COVID-19 pandemic and a nightly curfew to contain its spread have only stoked frustrations.

Pressure increased on Saturday after a 17-year-old boy was killed by gunfire in southern Senegal.

The influential League of Imams and Preachers of Senegal on Sunday called for the release of Sonko and a "return to calm".