Saudi prince pushes on with $500 billion megacity as U.S. points the finger over Khashoggi killing 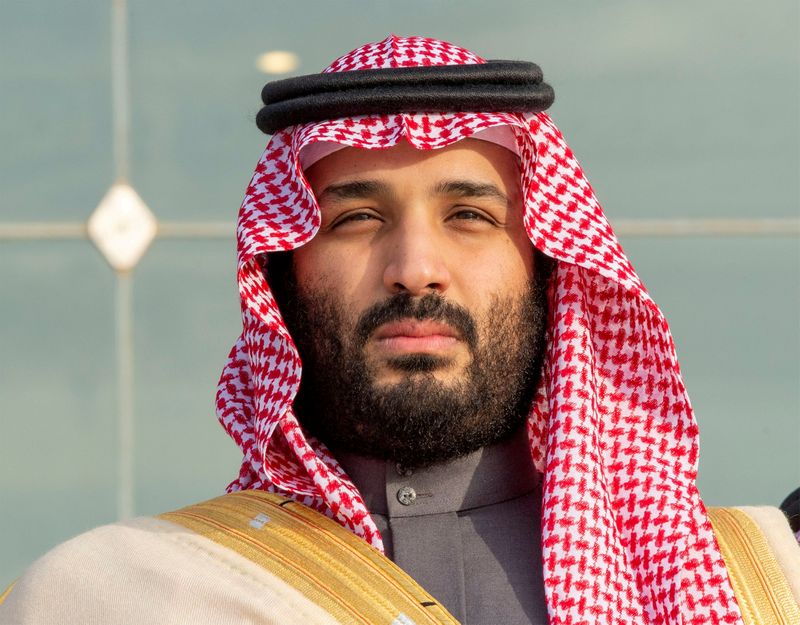 DUBAI (Reuters) - It seems an unlikely vision, a megacity in the desert with no cars or roads, all run by machines that can recognise your face.

Yet preparations for NEOM, the $500 billion signature project in Prince Mohammed bin Salman's drive to diversify Saudi Arabia's economy, are well underway. The organisation behind the development, expected to be close to the size of Belgium when it is completed, will hire 700 people this year, according to Simon Ainslie, the venture's chief operating officer.

While NEOM is being sold as a vision of a brighter future, international investors have yet to bite.

The scale of the project is vast and the region already has well-established transport and business hubs in Dubai, Abu Dhabi and Qatar. The development is also inextricably linked to the Crown Prince, who as de facto leader of the kingdom has drawn ire over Saudi's war in Yemen and his own alleged links to the killing of journalist Jamal Khashoggi.

A U.S. intelligence report released last week concluded the prince approved an operation to "capture or kill" Khashoggi, who had criticised Saudi policies in columns for the Washington Post. Saudi officials deny this and have rejected the report's findings.

Analysts say the report is unlikely to change investor sentiment towards Saudi Arabia in the absence of U.S. action against the prince.

"They had expected sort of a bigger push back from the (Biden) administration but if this is it then the signal is fairly weak," said Neil Quilliam, managing director at Azure Strategy, a Middle East-focused consultancy

"So I donât see this as being a major impediment to most companies seeking opportunities in the kingdom.â [L5N2L06I7]

Quilliam said there was some skepticism about so-called 'giga projects', citing the King Abdullah Economic City project in the early 2000s, that never really took off.

The Saudi government's media office and NEOM did not immediately respond to a Reuters request for comment on the status of NEOM in the wake of the U.S. report.

Before the report was released, NEOM said that the project had attracted domestic and international interest.

"NEOM is in discussions with several companies across diverse industries that are keen to be involved," it said in a statement.

NEOM was publicly launched in 2017 but large-scale construction of the city has yet to begin. The project currently employs over 750 people, 500 of them hired last year.

The murder of Khashoggi by Saudi agents in Istanbul in 2018 had already caused an international outcry prompting some people at the time to withdraw from the advisory board of NEOM.

The list of current members is not publicly available and NEOM declined to say who sits on it.

Funding for NEOM will initially come from Saudi Arabia's sovereign wealth fund, the Public Investment Fund, according to two financial sources close to the matter.

"Investors will start getting interested when the core infrastructure is operating so they are not taking absolute green-field risk," said a financial source familiar with the project.

In 2017, Softbank Group CEO Masayoshi Son said the company would work with Saudi Arabia on the development of NEOM.

Softbank and Son did not respond to a Reuters request for comment on what their current investment plans are for NEOM.

The PIF said in an email that its role on major projects was to act as a long-term cornerstone investor to ensure "that capital allocated to all its projects, including NEOM, generate sustainable returns that generate long-term shareholder value".

"We're fundamentally building the world's first cognitive city," Joseph Bradley, NEOM's head of technology and digital and a former CISCO executive, told Reuters, adding that an operating system known as NEOS aimed to seek consent to use data from 90% of residents.

This year's hiring spree will span a range of professions from lawyers, accountants and engineers, to specialist areas such as advanced robotics and adventure sports, according to Ainslie, who was hired in 2019 from Microsoft Corp

NEOM officials say building would start soon on 'The Line', a car-free, road-free city within NEOM, without specifying a date.

NEOM said in a statement that work had begun on surveys and temporary infrastructure, and that permanent works would start this year with the first phase to be completed by 2025.