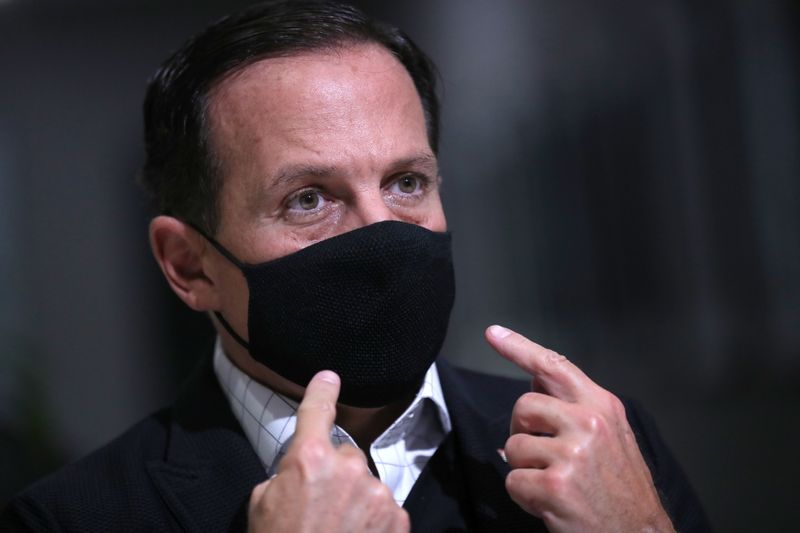 SAO PAULO (Reuters) -Sao Paulo state Governor Joao Doria will seek to win his PSDB party nomination for the Brazilian presidency in an October primary, he told Reuters in an interview on Tuesday, trying to unseat President Jair Bolsonaro in next year's election.

Speaking at the state governor's palace, the centrist Doria said there were two other likely candidates from his party "who deserve respect" - Rio Grande do Sul Governor Eduardo Leite and the former mayor of the northern city of Manaus, Arthur VirgÃ­lio.

Doria has seen his political profile rise this year after he helped lure the testing and production of a Chinese vaccine, developed by Sinovac Biotech Ltd, to Sao Paulo.

The Sinovac shot, which China-hawk Bolsonaro had previously said the federal government would not buy, now represents the vast majority of shots administered in Brazil.

The PSDB primary is set for Oct. 17, and Doria said the party would meet next week for discussions.

Neither Lula nor Bolsonaro - seen as the top ranked candidates, according to polls - have confirmed they are running but they are widely expected to do so. That may pose a problem for a centrist like Doria, experts say, as Brazil's political landscape is increasingly split between the right and left.

(Writing by Gabriel StargardterEditing by Chris Reese and Lincoln Feast.)