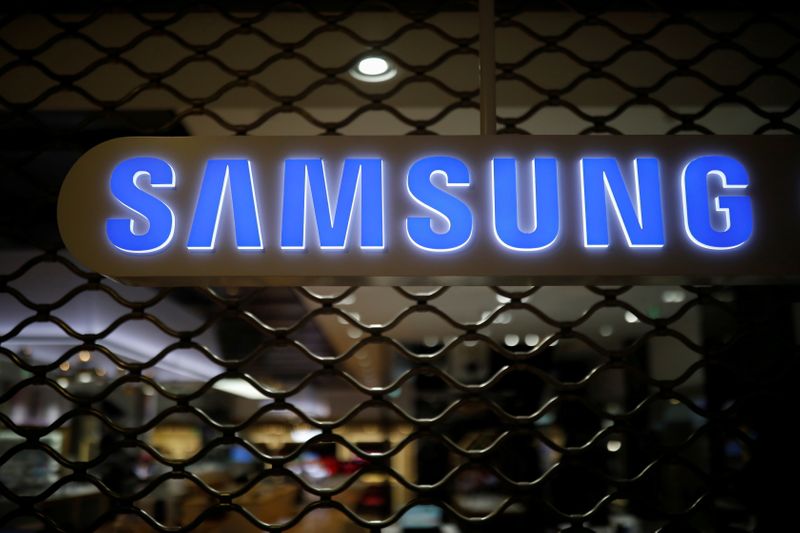 Operating profit for the world's biggest memory chip and smartphone maker likely jumped to 16.1 trillion won ($14 billion) in the quarter ended September, according to a Refinitiv SmartEstimate from 16 analysts, weighted toward those who are more consistently accurate.

An unprecedented global shortage in semiconductor chips amid the pandemic has underpinned Samsung's results and shares, which soared 45% last year and hit a record high at the start of 2021.

But the stock has dropped since then, compounded by losses in September when U.S. peer Micron warned its memory chip shipments would slip in the near term, amid industry views that chip prices will tumble after peaking in July-September.

"Samsung shares have fallen due to Micron's guidance but unlike Micron, Samsung internalises major components ... and has other businesses like mobile and foundry to buoy performance," said Hanwha Investment & Securities analyst Lee Soon-hak.

"Memory (chip) prices are seen rebounding next year after a short period of decline," Lee added.

Samsung's chip division is likely to report an operating profit of 9.9 trillion won, an average of six analysts' forecasts shows, up 79% from a year earlier, helped by rising memory chip prices and shipments.

Prices of DRAM chips, used in servers, mobile phones and other computing devices, jumped 7.9% versus the June quarter, while those of NAND flash chips that serve the data storage market rose 5.5%, data from research provider Trendforce shows.

Its mobile division likely saw about 3.7 trillion won in operating profits, analysts said, down from 4.45 trillion won a year earlier but up from the prior quarter's 3.2 trillion won on foldable smartphones sales.

Market participants will be scouring Samsung's full results later this month for an update on its planned $17 billion U.S. semiconductor factory after sources said it was drawing closer to finalising the construction.