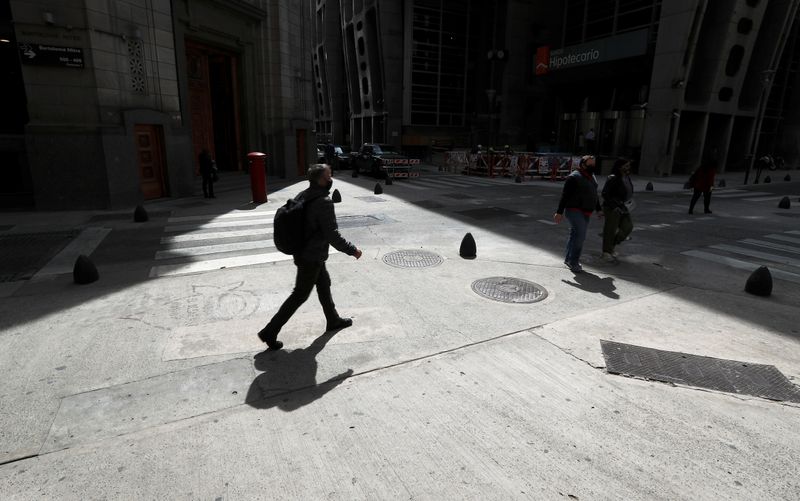 LONDON (Reuters) -Debt experts, charity groups and investors welcomed news on Wednesday that the world's poorest countries will get new IMF funds and COVID-19 debt relief, but they also cautioned that for some it would still only be a band-aid solution.

A new $650 billion allocation of the IMF's quasi currency known as Special Drawing Rights (SDRs) will provide over $20 billion of funding, while an extended repayment holiday on loans from rich G20 nations will temporarily save another $7 billion.

The $20 billion share of the SDR increase alone is more than all the emergency money the IMF provided in Africa https://www.imf.org/en/Topics/imf-and-covid19/COVID-Lending-Tracker last year and in relative terms, those under the most serious stress will receive the biggest benefit.

Zambia's share of the handout - SDRs are allocated roughly according to the size of economies - will double its international reserves. It will lift those of Argentina, Ethiopia, Ecuador, Kenya, Ghana and Sri Lanka by at least 10%.

More help might be forthcoming too. Talk has already begun about wealthier countries donating or recycling some of their new SDR either directly or into emergency IMF facilities where they could be put to good use.

That would add significant extra support but some feel that even that might not be enough for those in the deepest funk.

The European Network on Debt and Development (Eurodad), comprising 50 non-governmental organisations, estimates the average debt-to-GDP ratio for nearly 70 countries in the G20's Debt Service Suspension Initiative (DSSI) will rise above 60% this year from 52% pre-pandemic and 46% back in 2015.

In sub-Saharan Africa, interest payments suck up close to 50% of government revenues for Ghana and around 30% for Nigeria and Angola, S&P Global calculates.

Zambia, Mozambique, Republic of Congo and Angola have all seen their debt burdens soar above 100% of GDP, while Morgan Stanley has flagged concerns about Cameroon, Kenya, Costa Rica, El Salvador, Tunisia, Sri Lanka, Laos and the Maldives.

"This SDR issuance will help the countries that were not in terrible shape coming into this crisis muddle through," said S&P sovereign analyst Ravi Bhatia. "But for others that already had very high debt levels and have big payments to make, this isn't going to be enough."

Carmen Altenkirch, an emerging market sovereign analyst at Aviva Investors, holds a similar view. She thinks Zambia, Pakistan, Ghana, Argentina and Bahrain will see the biggest benefit from the SDR increase, while Pakistan and Angola will get the most from the DSSI extension.

"Pakistan is a great example of a country that could have defaulted," without the support she said. However, it won't solve the underlying problems of those countries with the highest debt burdens and rising interest costs.

Poorer countries are also lagging well behind with vaccine programmes, meaning the crisis will be prolonged for many. World Bank and IMF research estimates that Africa alone will need about $12 billion for vaccines, roughly what they will have deferred under the DSSI so far.

World Bank President David Malpass said on Monday this week's DSSI extension would nevertheless probably be the "last or final" one.

It incentivizes countries to move towards the G20's so called "Common Framework", under which countries would fully restructure debts rather than just postpone payments for a year or two under the DSSI.

So far only Chad, Ethiopia and Zambia have said they will go down that route. It has become a hot potato for governments as the framework also encourages them to restructure their private sector debt, which would be a default in the eyes of the major credit rating agencies.

That could trigger knock-on effects and make it harder and more costly to borrow from international markets in future.

"I don't think this will be sufficient," Richard Cooper a partner and debt specialist at law firm Cleary Gottlieb, said about the SDR increase and DSSI extension.

The concern is that with so many emerging market countries having taken on more debt during the COVID pandemic and global interest rates now rising, there will be more restructurings in the next 2-3 years.

"This is a little like a ticking time-bomb," Cooper said.