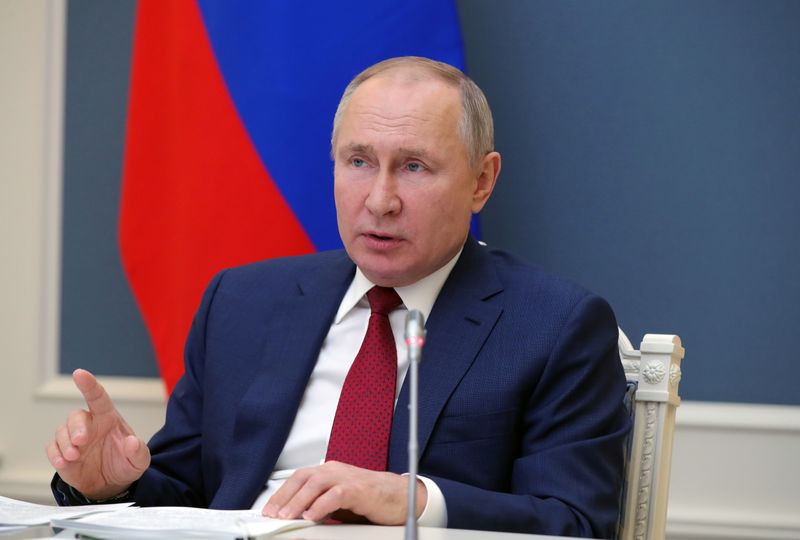 MOSCOW (Reuters) - Russian President Vladimir Putin on Friday signed a law extending the New START nuclear arms control treaty, the last major pact of its kind between Russia and the United States, by five years, the Kremlin said in a statement.

Russia has said the extension will come into effect once the two sides have exchanged diplomatic notes after each completes their domestic procedures. Russia's lower and upper houses of parliament voted to ratify the extension on Wednesday.

Signed in 2010 and due to expire next week, the New START (Strategic Arms Reduction Treaty) is a cornerstone of global arms control and limits the numbers of strategic nuclear warheads, missiles and bombers that Russia and the United States can deploy.