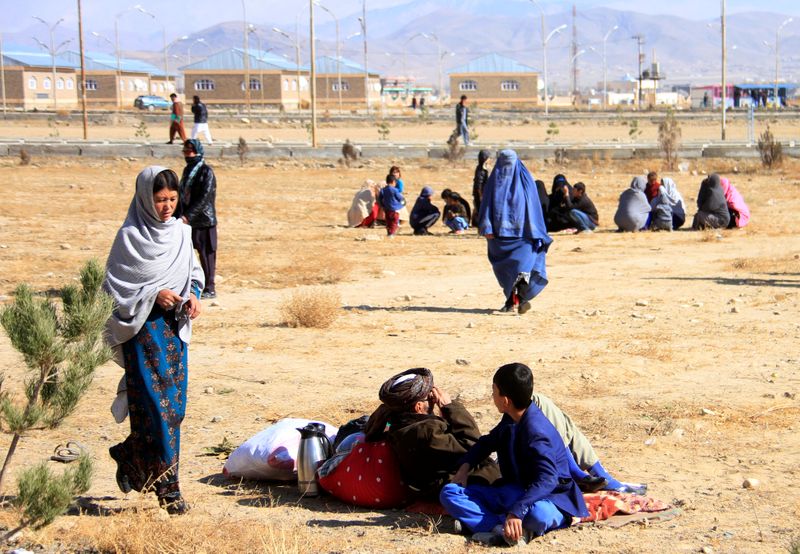 FILE PHOTO: Afghan families fleeing from the districts of Malistan and Jaghori, because of the conflict between Taliban and Afghan forces, arrive in Ghazni, Afghanistan November 14, 2018. REUTERS/Mustafa Andaleb

MOSCOW (Reuters) - Members of a Russia-led security bloc that includes some countries adjacent or close to Afghanistan have no plans to host Afghan refugees amid the political and security crisis in the country, bloc member Kazakhstan said on Thursday.

At a heads-of-state meeting of the bloc in Tajikistan on Thursday, Kazakh President Kassym-Jomart Tokayev "supported the joint CSTO position that the placement of Afghan refugees or foreign military bases on our countries' territories is unacceptable", his office said in a statement.

Two more Central Asian nations, Uzbekistan and Turkmenistan, border Afghanistan but are not CSTO members. However, Uzbekistan has also said it would only allow short-term transit of refugees by planes to third countries.