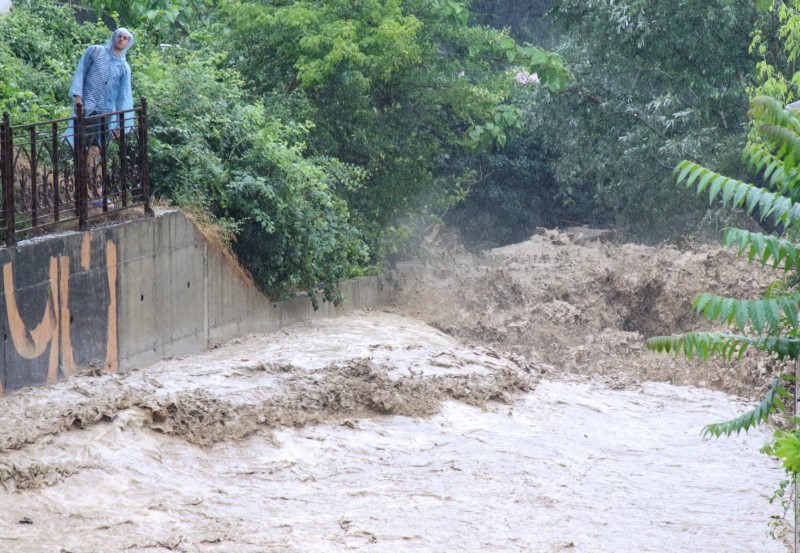 MOSCOW (Reuters) -Authorities in Russian-annexed Crimea on Friday ordered the evacuation of parts of the city of Yalta after heavy rain caused major flooding on the Black Sea peninsula.

The region, which Russia annexed from Ukraine in 2014, has declared a state of emergency and sought help from the military to contain the damage caused by the floods.

In Yalta, a popular tourist destination on the peninsula's southern coast, authorities ordered an evacuation as they scrambled to contain rising water levels. They said one person had died after being swept away by the current, TASS news agency reported.

"We are first evacuating the people from flooded areas in the city centre and those located near rivers," Yanina Pavlenko, head of the city's administration, said in a statement.

Footage from the city of around 80,000 people showed cars almost completely submerged in murky water.

Pavlenko, who said Yalta had not witnessed rain this heavy in nearly a century, urged the population to stock up on drinking water after the city cut off the water supply and blocked roads.

Power was also cut in Yalta and in Kerch, a city in eastern Crimea, to prevent equipment from being damaged in the floods, officials said.

Known for its jagged coastline and mild climate, Crimea was a favoured destination for 19th century Russian nobility and Soviet workers' state-funded holidays.

Since its annexation by Moscow, Crimea has continued to be a popular destination for Russian tourists, with the authorities investing heavily to link the peninsula to southern Russia via a massive road and rail bridge. Ukraine says it wants the peninsula back.