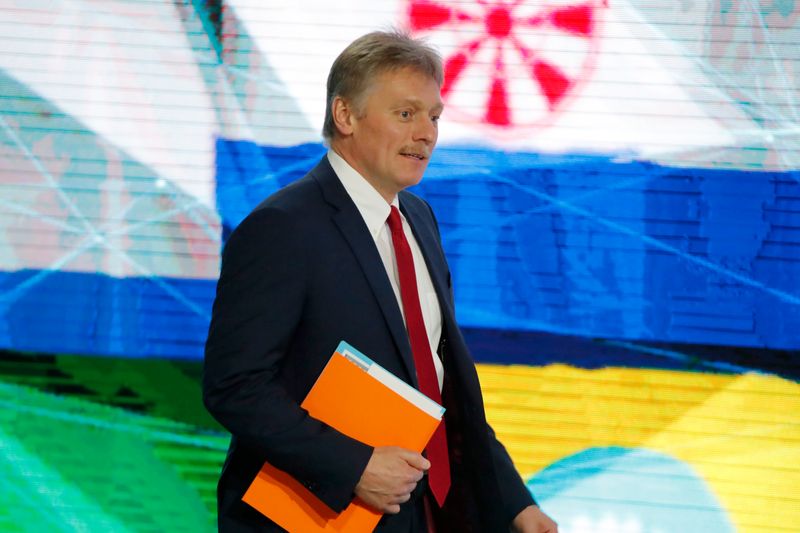 By Gabrielle TÃ©trault-Farber and Trevor Hunnicutt

MOSCOW/WASHINGTON (Reuters) - Russia and the United States have struck a deal to extend the New START nuclear arms control treaty, the Kremlin said on Tuesday, a move that preserves the last major pact of its kind between the world's two biggest nuclear powers.

The White House did not immediately confirm the Kremlin's announcement but said President Joe Biden and Russian President Vladimir Putin had discussed the issue by telephone and agreed that their teams work urgently to complete the extension by Feb. 5, when the treaty expires.

Signed in 2010, the New START (Strategic Arms Reduction Treaty) is a cornerstone of global arms control.

It limits the number of strategic nuclear warheads deployed by the United States and Russia to 1,550 each as well as the number of land- and submarine-based missiles and bombers that deliver them.

The Kremlin declared the breakthrough, which was widely anticipated, in a statement announcing that Putin and Biden had spoken for the first time since Biden took office on Jan. 20.

Moscow and Washington had failed to agree an extension under former U.S. President Donald Trump, whose administration had wanted to attach conditions to a renewal that Moscow rejected.

The Kremlin said Putin and Biden "expressed satisfaction" that diplomatic notes between the two nations had been exchanged earlier on Tuesday confirming the pact would be extended and that procedures required for the pact to come into force before it expires would be completed in the coming days.

The White House, in its description of the call, did not say that an agreement had been reached or that diplomatic notes had been exchanged, though its tone was upbeat.

"They discussed both countriesâ willingness to extend New START for five years, agreeing to have their teams work urgently to complete the extension by Feb. 5," the White House said. "They also agreed to explore strategic stability discussions on a range of arms control and emerging security issues."

A U.S. official, who spoke on condition of anonymity, said that the plan was for the exchange of notes to occur on Tuesday.

Asked why Washington had not explicitly said an agreement had been reached, a second U.S. official, also on condition of anonymity, said some steps were needed, including approval by the Duma, Russia's lower house of parliament. The treaty itself does not require legislative approval for an extension.

In its statement, the Kremlin said that Putin had told Biden a normalisation of relations between Moscow and Washington would be in both countries' interest.

It said the two leaders had also discussed the U.S. decision during Trump's administration to exit the Open Skies treaty. Putin and Biden also talked about Iran's nuclear programme and the conflict in Ukraine.

The White House stressed that it will raise matters where it disagrees with Russia, and said Biden had reaffirmed the United Statesâ "firm support for Ukraineâs sovereignty".

Biden had raised "other matters of concern" including the poisoning of Kremlin critic Alexei Navalny, the cyber hack blamed on Russia that used U.S. tech company SolarWinds Corp as a springboard to penetrate federal government networks, and reports that Russia offered bounties to Taliban-linked militants to kill coalition forces in Afghanistan.

"President Biden made clear that the United States will act firmly in defense of its national interests in response to actions by Russia that harm us or our allies," the White House statement said.